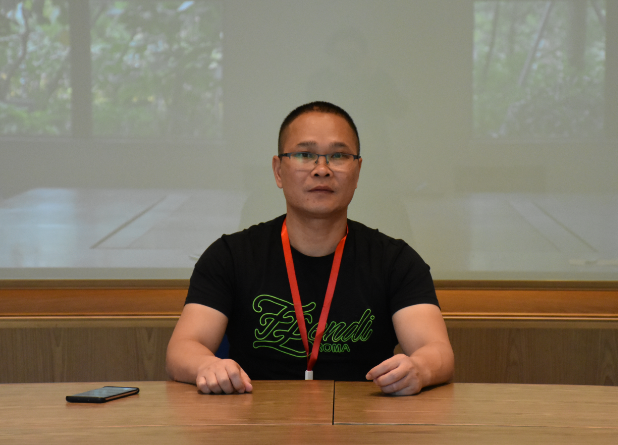 Q: As a widely used metal, tin has a large market in its downstream end-user market. We learned that Qiandao Metal, as a well-known enterprise in the tin industry, has a rich variety of products. Could you tell us what products Qiandao has?

Q: We all know that the COVID-19 pandemic has dealt a blow to both domestic and overseas tin mines this year. Could you tell us something about the current situation of global tin supply?

A: There are three major mining areas in Myanmar, namely Manxiang, Leigu and Tuwa. After the outbreak of COVID-19, the Myanmar government has imposed restrictions on entry into the country, while China had also started to control entry of all materials from Myanmar since March 20 and tightened restrictions from August as the pandemic deteriorated in Myanmar. The decrease in personnel and shortage of materials lowered operating rates at beneficiation plants and mines in the Manxiang mining area down to about 70%. The pandemic also dramatically affected production in the other two mining areas.

Since March this year, domestic stated-owned mines have basically operated normally, while private mines have failed to ramp up production with a combined monthly output between 200-300 mt (tin content) in Gejiu, Guangxi, Hunan and Jiangxi respectively. But Inner Mongolia Yinman Mining has raised production to 500-600 mt (tin content)/month after it restored operation in August.

Q: The Manxiang mining area in Myanmar had collapsed in August amid a wet season, which had seriously affected production at mines. Could you tell us something about current tin ore production in Myanmar?

A: The Manxiang mining area was subjected to a rainstorm that was not seen in 10 years in August. It lasted for more than three days. 90% of the mine entrances at an altitude of 600-550m were flooded, and four or five beneficiation plants at lower altitude were also submerged. The impact of coronavirus had already eased in May and June with metals output recovering to 2,800-3,000 mt, but the rainstorm in August led to a steep fall in output which stood between 1,500-1,800 mt during August-October. No effective method has been found to drain those water at mine entrances by far, and the local government is now coordinating with mine owners to deal with the problem.

Q: The total number of COVID-19 cases had exceeded 30,000 as of October 13. Do you think the virus will have a certain impact on tin ore mining areas？

A：China imposed stricter restrictions on cargoes, people and vehicles from Myanmar after the second wave of coronavirus broke out in the country. At present, China customs only allows 30 vehicles or so to pass through, which used to be 300-500 vehicles a day. Shortages of materials and equipment have greatly affected tin production in Myanmar.

Q: Tin prices had increased constantly since April and have stayed at high levels from August. What do you think of the future trend of tin prices?

A: I think that tin output will continue to fall in the near term due to shortages of raw materials, which will support tin prices. In addition, domestic inventories of tin ingots have shrunk from about 8,000 mt to around 4,300 mt. Though global demand remains weak amid the pandemic, the drop in tin supply has far exceeded that in demand. I believe tin prices will stay between 145,000-150,000 yuan/mt in the coming days.