SMM9 March 22: after last night's sharp fall, Shanghai Nickel is in a dilemma today, and the daily market is in a state of low and narrow concussion. By the end of the day, the main contract of Shanghai Nickel fell 1.86% to 113200 yuan / ton, which was basically the same as the closing price at night. 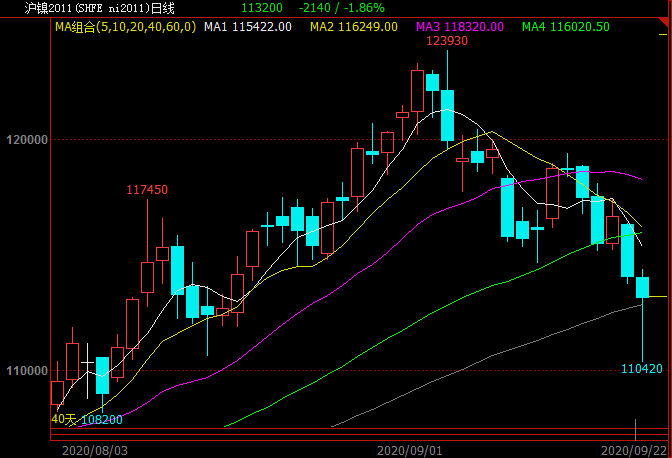 SMM believes that from a fundamental point of view, the current nickel mine price is still strong, nickel pig iron is not willing to make a price concession, and the electrolytic nickel industry chain continues to maintain balance without obvious change, but the expectation of good performance of this part of the industry chain has not become the focus of market trading in the near future, and market sentiment is affected by macro aspects.

Due to the weak performance of the dollar in the early period, the willingness to adjust in the market, traders are relatively short on commodities in mood, the current lack of bullish strength, the sharp fall at the beginning of the week also laid the tone of weak operation, mainly the recent low shock. It is estimated that this week, Shanghai nickel is 110000-116000 yuan / ton, Lunni is 14300-15000 US dollars / ton.

From the spot point of view, due to the large decline in nickel prices and active enquiries in the spot market, the turnover is significantly higher than that of yesterday. Today, the price of nickel beans remained stable as a whole, with a sticker of 800 to 700 yuan per ton, and there was also a certain deal in the morning market, but it is reported that some battery factories have already prepared goods in the early stage, so the discount has not continued to rise. With the correction of nickel price, the advantage of nickel bean autolysis over the outsourcing of battery-grade nickel sulfate is gradually emerging; traders who have been hoarding for more than a month have begun to export goods, and the transaction price is in the middle position of the mainstream bulk single spot transaction price in the market. This week will enter the regular procurement node, market trading volume may increase slightly, but due to the checks and balances of nickel beans and trader shipments, the high price of battery-grade nickel sulfate is expected to decline.