SMM9 March 21: since mid-July, Shanghai copper has continued to consolidate, and Shanghai copper has never broken through the previous high of 53520 yuan / ton. As of yesterday night's close, the main contract for copper in Shanghai closed at 51500 yuan per tonne, down 760 yuan per tonne, or 1.45 per cent, while Lun Copper also fell 2.43 per cent from its highest level in more than two years to 6683.5 US dollars per tonne. Yesterday, copper prices recorded Changyin line, Shanghai Copper briefly stood at the 52000 gate and then fell back to the range of 51000-52000 yuan / ton. The decline in copper prices yesterday was mainly due to the rebound in the US index, which led to a 9% drop in CMX silver, which dragged down the basic metals. From a technical point of view, Lun copper moving average is still a long arrangement, especially below the support, pay attention to the strength of copper price rebound after the opening today, if the rebound power is not strong, it is expected that short-term copper prices will remain weak and volatile. However, combined with macro-financial easing and fundamental post-holiday consumption expectations, SMM believes that there is still room for copper prices to rise in the fourth quarter.

Recently, there are many macro positive factors. Last week, the Federal Reserve interest rate resolution kept interest rates unchanged as scheduled. The interest rate lattice chart shows that interest rates will remain close to zero for the next three years, but two committee members voted against it. In addition, the Federal Reserve raised economic and inflation expectations this year, and did not give more detailed guidance on the latest average inflation system, which made the market think that the Fed was less than expected doves and boosted the dollar for a time. However, as novel coronavirus vaccine continues to make new progress, and the good mood in the market limits the rise of the dollar, the dollar ended up slightly negative this week, giving a boost to short-term copper prices.

On the domestic side, data show that industrial value added, urban fixed asset investment and social retail consumption all grew faster than expected in August. However, the sub-item shows a trend of differentiation, the equipment manufacturing industry is stronger than expected from output to investment, while the raw material industry shows that output remains strong but demand shows signs of weakening.

In terms of risk events, the epidemic continues to spread, especially the deterioration of the situation in European countries, although it has not yet affected the economy, but it still requires sustained attention. In terms of China and the United States, the risks related to the game between China and the United States have declined temporarily, but they still need continuous attention.

Supply and demand side

Recently, the news on the supply side has been relatively calm, and last week, due to an accident at the Birla Copper copper refinery in India, a production line began an one-month overhaul in mid-September. As of Friday, the SMM copper concentrate index (weekly) was at $48.52 / tonne, up $0.09 / tonne from the previous month. Judging from the market offer and trading range, the expectation of tight copper supply has not been changed. In terms of scrap copper, the recent tight supply of scrap copper has led to a continuous narrowing of the fine waste price gap, which is good for refined copper consumption. Scrap copper traders appear to cover goods and hesitate to sell, and there are a large number of scrap copper rod enterprises to receive goods at high prices, resulting in high prices of scrap copper goods. In addition, last week, the National solid waste and Chemicals Management Network announced the 12th batch of approved imports of copper scrap, the approved import volume of copper scrap is 136335 tons, so far this year, the approved import volume of copper scrap totaled 879475 tons. As far as SMM knows, before September, most of the approval documents of some small and medium-sized enterprises have been used, and there are not many enterprises with abundant approval documents in the market. At present, the price gap of fine waste shows signs of narrowing, and the follow-up attention is paid to the substitution relationship of refined waste copper.

[SMM Analysis] the system of issuing scrap copper approval documents in the fourth quarter will be withdrawn from the stage of history.

In contrast, the consumer side, September has passed, domestic copper consumption has not yet seen a significant improvement, according to SMM this week for copper processing enterprises research, the traditional peak season is nearly half, but copper downstream consumption has not been significantly boosted. Affected by the weakening demand of the power industry, the orders of copper rod enterprises are still declining, the operating rate of some refined copper bar enterprises has dropped by more than 20%, and the phenomenon of tired storage and production maintenance continues. Although the production performance of copper plate, strip and foil industry is optimistic, this plate accounts for less in the lower reaches of copper. Taken together, copper prices still have to wait for domestic consumption resonance if they want to rise under the macro positive boost.

As of last Friday, SMM national mainstream copper market inventories totaled 338900 tons, an increase of 15000 tons month-on-month. Among them, copper stocks in Shanghai increased by 9200 tons to 220200 tons from the previous month; copper inventories in Jiangsu increased by 1800 tons to 32500 tons compared with the previous month; and copper inventories in Guangdong increased by 4000 tons to 86200 tons. It is understood that copper imports were concentrated in Hong Kong in mid-late September. In the current market where consumption continues to be poor, imported copper flows into domestic warehouses, resulting in an increase in social stocks in the three places. Approaching the National Day holiday, it is expected that some of the reserves downstream from this week will increase procurement, but the pressure on the arrival of imported copper is still there, and the trend of domestic accumulation remains unchanged in the short term, but the increment is expected to decline.

Che Hongyun, chief non-ferrous analyst at CIC Anxin Futures, believes that in view of the rational return of domestic consumption and the second wave of the epidemic abroad, the possibility of a decline in the copper market increases before the emergence of new stimulus policies. Technically, LME has a rising wedge-shaped trend, the domestic is still in the convergence triangle, the outer disk rose and fell back on Monday, under the premise that the above resistance is effective, we tend to copper prices to continue to fall more likely. Sell short near the resistance level in the transaction, but you should make a good stop loss.

Huatai Futures Li Suheng believes that the results of the Fed interest rate meeting are basically in line with expectations, but the background of low interest rates and strong QE stimulus will not be easily changed, which is still a relatively favorable factor for copper, which has a strong financial attribute, in terms of supply and demand. The previous consumption off-season in July and August, but demand will not continue to be weak at least until September or October, while there was some disruption in mine-side supply last week, and the observation of the structure of LME inventories and upside water is still very conducive to the strengthening of copper prices. Therefore, the current outlook for copper prices is still optimistic. The risk point of concern now is that risk aversion may intensify in the run-up to the November election in the US.

Qu Yajuan of Changan Futures believes that under the traditional peak demand season in September and October, the consumption of air conditioners and cars is expected to improve, but the cable demand, which accounts for the largest proportion, does not perform well, beware of the sluggish phenomenon in the peak season; there is little change at the mine end; the maintenance of domestic smelters is reduced, the output of refined copper increases steadily, and domestic inventory accumulates; the macro environment is slightly neutral, the monetary policy is stable, and the dollar index returns to the weak and slightly more copper price. Overall, fundamental support is limited, short-term copper prices may be difficult to get rid of the shock pattern. 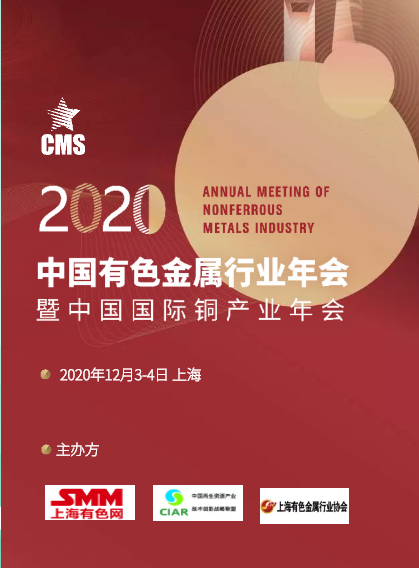