CST
translation
Source:SMM
[SMM analysis: accelerated decline in zinc inventory boosts zinc price rebound peak season consumption will still drive to the treasury] Gold, Nine and Silver are expected to be in ten peak seasons, and it is expected that consumption in the peak season in September will still lead to the withdrawal of zinc prices, providing strong support for zinc prices.

SMM9 March 14: since March this year, the domestic social inventory of zinc ingots has been in a downward trend. In September, the decline in inventory accelerated again. As of September 14, according to SMM research, the social inventory of zinc ingots was 154000 tons, down 24400 tons from September 4. Boosted by a sharp decline in inventories, zinc prices have stopped falling in the past two days after falling this month, rebounding sharply for the second day in a row. The biggest increase from the lowest price on Sept. 10 is 3% today.

SMM believes that the main reasons for the accelerated decline in zinc ingot stocks in September are:

On the demand side, zinc prices were once high and fell sharply in early September, and the decline in prices stimulated downstream replenishment demand, leading to a rapid decline in inventories. From the perspective of our research, the overall orders in the lower reaches of the river are still steadily rising in September. In terms of galvanizing, due to the influence of environmental protection reform in Daqiuzhuang, Tianjin, local enterprises suspended production for two weeks to a month. At present, most enterprises in Daqiuzhuang in Tianjin have basically resumed production, and demand continues to recover. Overall orders have increased, such as Zhejiang galvanized pipe enterprises overseas communications tower orders slightly increased, domestic stabilization. Die-casting zinc alloy plate, enterprises have entered the domestic traditional peak season in September, the order consumption of each plate has increased, such as Fujian enterprises' auto parts orders have increased slightly, and overseas export orders have also recovered, and the start of die-casting is expected to remain upward in September; zinc oxide plate, automobile production and sales gradually resume, driving tire orders to strengthen, while the rest of the terminal consumption remains stable.

On the supply side, although the current arrival of imported zinc has increased, and the output of smelters has also increased month-on-month, the short-term demand is greater, and the proportion of straight downstream of superimposed refineries has increased, resulting in a decline in inventory.

On the whole, ten peak seasons of gold, silver and silver are expected, and it is expected that consumption in the peak season in September will still drive to the treasury, providing strong support for zinc prices. 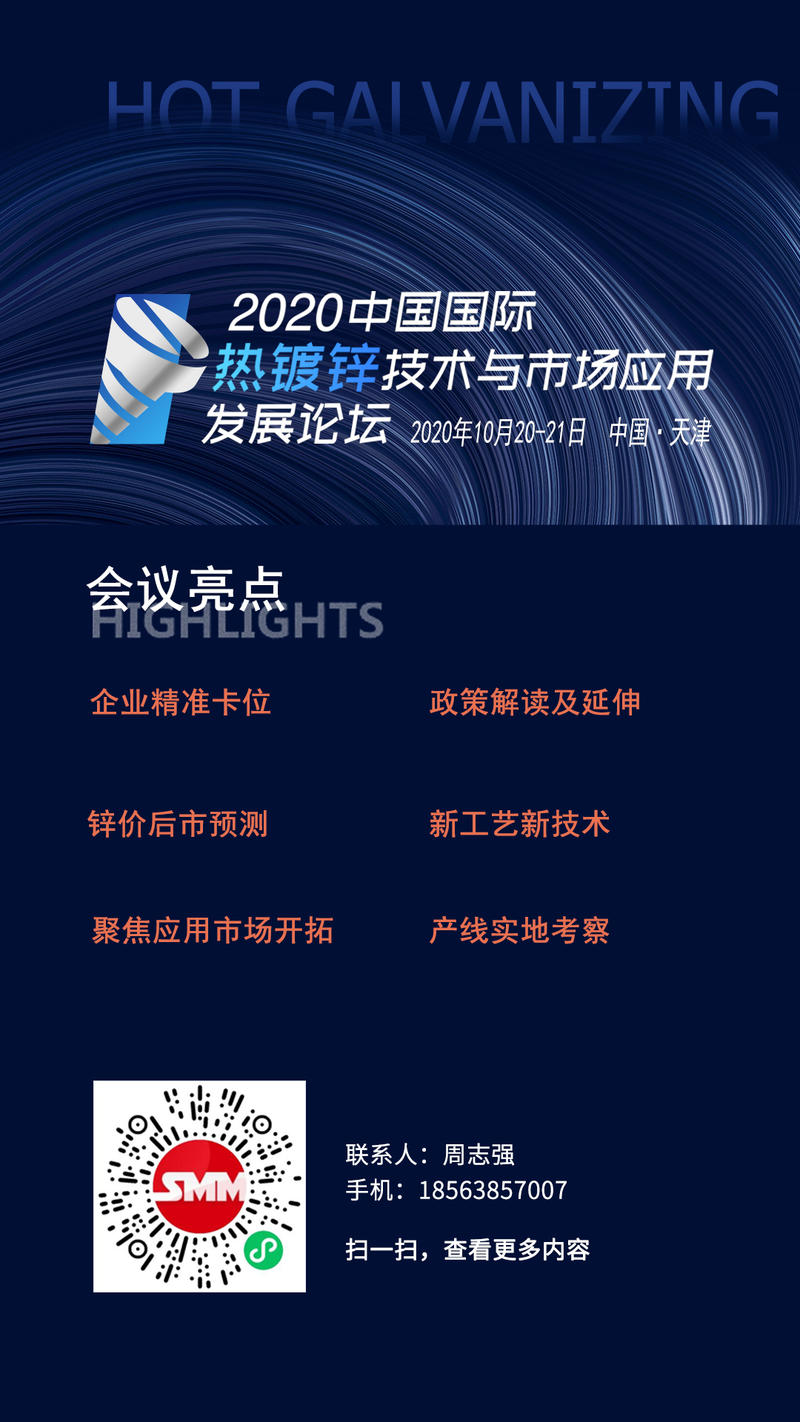