SMM9 March 11: there are rumors that Ningde era has given up the NCM811 (nickel-cobalt lithium manganate, 811 refers to the nickel-manganese-cobalt ratio of 8 to 1, other models can be analogous to the composition ratio) high-nickel ternary battery technology route.

In response to this news, Ningde Times refuted the rumor: "Ningde era did not give up 811 battery, multiple lines parallel is the core idea of the development of battery business in Ningde era, in the short term 811 battery is still the main strategy of Ningde era." In the future, Ningde Times will also launch lithium batteries without nickel, cobalt and manganese, which are internally named 'metal-free batteries'. "

The most criticized problem of NCM 811 is its safety, which is caused by its low cobalt and high nickel material. For example, the Ningde era 811 battery pack matched by GAC NE AionS has frequent car burning problems. Since May this year, GAC NE's main battery supplier has gradually changed from the Ningde era to AVIC lithium battery, and joined Funeng battery company in July. 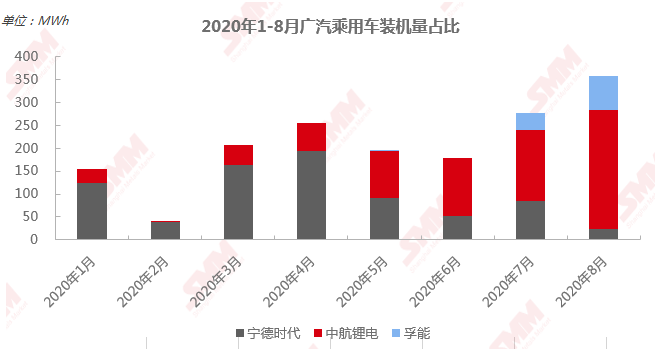 However, according to industry research, the high temperature accident of GAC AION S is not necessarily a battery problem, but also a matching problem of module PACK and BMS. GAC's behavior such as adding new suppliers is also the practice of many car companies at present, in order to reduce the cost of the battery and increase its own advantages.

Ningde era did not give up the high-nickel route, Ningde era believes that the core of battery technology improvement lies in the material system. At present, the market pays too much attention to the battery structure CTP, CTC and blade battery, but the core of battery technology improvement is the research and development cost of battery materials company 1max 3 into the current system research, and 2max 3 into the next generation material system research.

Ningde Times said that in recent years, the key development technology route includes the following aspects: in 2020, focus on the development of San Yuan 811 and high voltage 523 NCM811 CTP, Ningde era current nickel 55 ternary single crystal high voltage material battery energy density can achieve 230wg/kg (nickel 83 ternary is 240wh/kg), battery cost is 15% lower by CTP; 2021 improved CTP (corresponding to 700km battery life), which may be combined with high nickel ternary, and is expected to launch CTC (cell to chassis, with a range of 800km to 1000km in 2027, which has been developed in cooperation with car companies)

In 2023, we will focus on the development of cobalt-free battery: cobalt-free battery is cobalt-free, manganese is added, the upper limit of gram capacity is raised to 300mahram g, and the voltage reaches 4.7V, which greatly increases the energy density and reduces the cost. The company is currently determined to increase the funds raised will be used for this generation of battery production capacity. The current electrolyte can not meet this voltage, the company develops the corresponding formula electrolyte and looks for a suitable new cathode material foundry.

The high nickel ternary battery represented by NCM811 is still the mainstream development direction of power battery. The layout of NCM811 batteries has not changed. Such as the ES6, BMW ix3, Xiaopeng P7, Jianghuai iEV7S and other high-end electric vehicles, all use 811 batteries.

According to industry insiders, SK Innovation is currently working with South Korean cathode material manufacturer EcoPro BM to develop a new NCM battery by the end of this year. It is reported that the nickel content of the new battery is 88%, which is 8% higher than that of the existing NCM811 battery, and the mileage of the electric vehicle can be increased to 500km NCM811 600km. The cobalt content is 6%, which is 4% lower than that of the existing NCM811 battery, saving the battery manufacturing cost. In order to maintain the stability of the battery in the state of high nickel and low cobalt, SK Innovation has added a separator to EcoPro BM's "concentration gradient cathode material" technology.

In addition, LG Chemistry has already supplied NCM811 batteries in bulk for Tesla, while from 2021, LG Chemistry will supply General Motors with NCMA batteries containing 90% nickel. At present, Korean cathode material supplier Laff has started mass production of NCMA cathode materials and began to supply LG Chemical in June this year, and is planning to further expand its production capacity.

Samsung SDI has announced that it will expand its Hungarian plant and use a stacking process to produce square NCA- "Gen5" batteries with more than 80 per cent nickel in 2021.

On the whole, the Ningde era did not give up the route of high nickel, and gradually increased the production of high nickel in the near future. This year, China may be more cautious about the use of high nickel ternary due to high temperature accidents, coupled with the increase in the energy density of high voltage 5 series + CTP technology, the domestic demand for 5 series ternary will increase greatly in the second half of the year. However, from the future planning of domestic head battery companies such as CATL and LG Chemical, SKI, Samsung SDI and other overseas well-known battery companies, the route of high nickel and low cobalt is still the future development trend.