Recently, some overseas companies have announced the output of the second quarter of 2020 one after another. SMM has compiled the company reports that have been released so far, as shown in the following table: 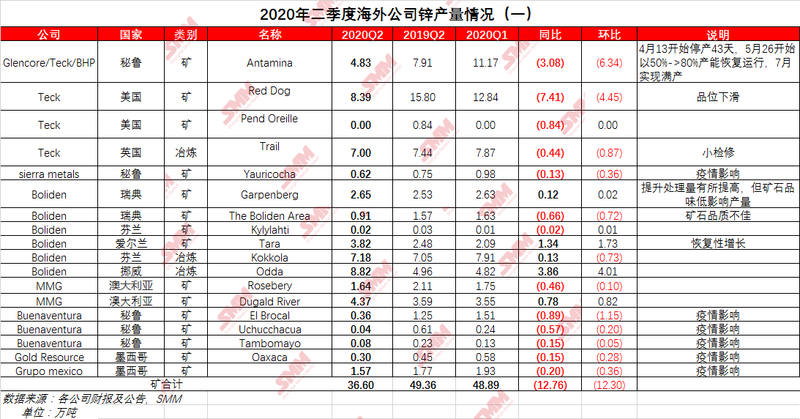