SMM7 March 29: the second-quarter results were released on Tuesday. During the reporting period, the company's copper production fell 1.3 per cent to 253097 tonnes from a year earlier, mainly due to a decline in the copper grade of Buenavista. At the same time, the production of Cuajone copper mine has increased significantly, mainly due to the improvement of ore grade and recovery. 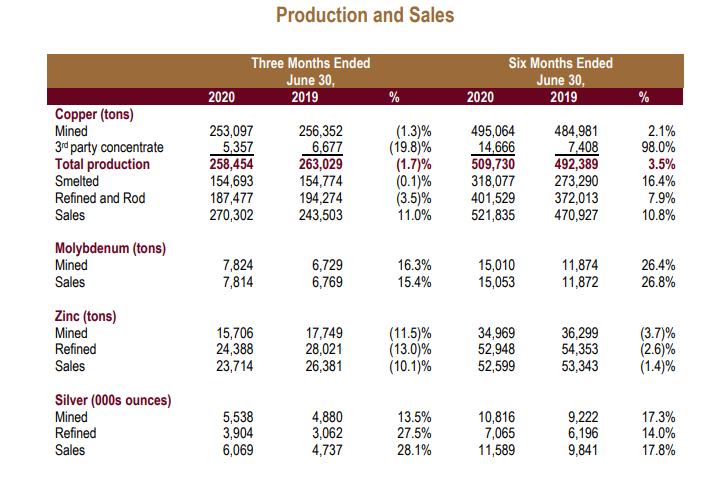