Comparative Chart of Zinc concentrate Import from 2019 to 2020 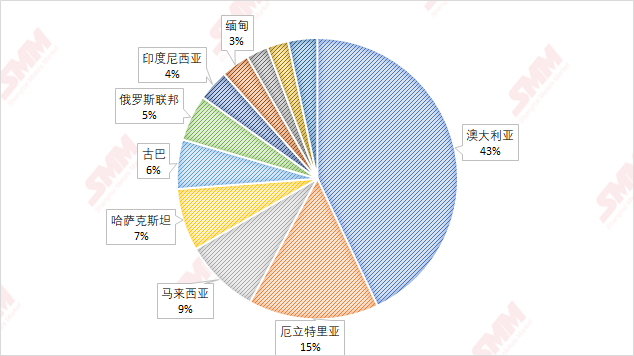 According to SMM, the reasons for the sharp month-on-month decline in zinc concentrates in June are as follows:

Second, due to the import of a large number of zinc concentrates to Hong Kong from April to May, domestic port mine inventories climbed to a high in recent years. After entering June, due to the decline in domestic processing fees to 5000 yuan / metal ton, refineries worried about a further decline in processing fees, carried out a large number of replenishment, port mine inventory quickly digested and transferred to the smelter, smelter raw material inventory gradually replenished to the normal level, also led to a decline in its demand for imported mines.

Third, due to the downward revision of the Shanghai-London ratio, the import of zinc concentrate has always been at a loss in June, and the import window is closed.

In July, the Antamina mine in Peru announced on May 27th that it was operating at 80% of its full capacity. After the production and shipment resumed, its zinc concentrate will resume to Hong Kong at the end of July, and other overseas mines will also gradually resume production. It is expected that imported zinc concentrate will pick up slightly in July compared with June. Taken together, SMM expects imports of zinc concentrate to pick up to about 300000 physical tons in July.

Decent profits reduce likelihood of refined zinc production cut despite falling prices
Treatment charges (TCs) for zinc concentrate remained at high levels despite moderation, and this supported the profits at Chinese zinc smelters and reduced the likelihood of a production cut,  while the coronavirus impact has weighed on zinc prices since the Chinese New Year holiday and spurred speculations that smelters may reduce output to prop up the market.

Zinc social inventories gained 5,600 mt over weekend
Zinc inventories in China continued to trend higher over the weekend, as arrivals at south China increased and as limited cargoes were delivered from warehouses in the south and east. SMM data showed that social inventories of refined zinc ingots across Shanghai, Tianjin, Guangdong, Jiangsu, Zhejiang, Shandong and Hebei stood at 340,500 mt as of Monday March 16, up 5,600 mt from Friday March 13 and 2,600 mt from Monday March 9.

Zinc social inventories extended gains by 12,100 mt on week
SMM data showed that social inventories of refined zinc ingots across Shanghai, Tianjin, Guangdong, Jiangsu, Zhejiang, Shandong and Hebei increased 12,100 mt in the week ended March 13 to 334,900 mt, compared to a gain of 9,400 mt in the previous week. Notably, the stocks declined 3,000 mt from Monday March 9, propelled by a drop in Shanghai where downstream consumers were keen to buy after zinc prices tumbled.