The decrease in manganese ore production is mainly due to the shutdown of the Azul mine. The decision to stop the business was mainly based on a workforce considered at risk and provided assistance to key personnel at the Northern system iron ore production base. As current inventory levels support sales in the second quarter of the 20th quarter and increased shipments at the port of Madeira in Punta, the shutdown is likely to last until December 2020.

The decline in production and sales of ferroalloys was mainly due to a slowdown in production at the Sim esFilho plant in order to implement safety maintenance measures, as well as the temporary suppression of domestic demand due to the COVID-19 pandemic. 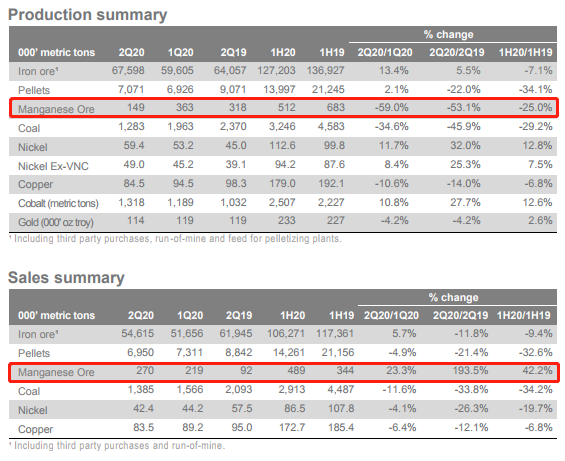