SMM7 March 21: yesterday BHP Billiton released its second-quarter production report, which showed that BHP Billiton produced 67 million tons in the second quarter, an increase of 11% over the previous quarter. Production in the current fiscal year reached 248 million tonnes, 4 per cent higher than in fiscal 2019.

Mining and processing operations in Samarco remained suspended following the failure of the Fund ã o tailings dam and the Santar é m dam on 5 November 2015. Due to the impact of COVID-19 and the reduction of labor force this year, the restart of Samarco has slowed down. Restart only when the filtering system is complete and Samarco has met all necessary security requirements.

In addition, BHP Billiton points out that its South Flank iron ore project in Western Australia has completed 76% and is expected to start production for the first time in mid-2021. 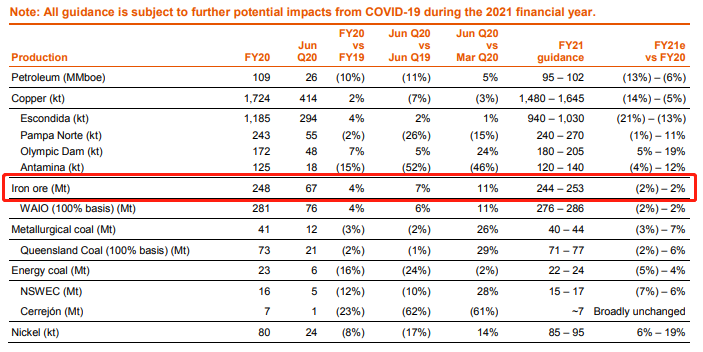