SMM6 March 17: after the dismal and plummeting market at the beginning of the year, copper prices have been advancing by leaps and bounds since the end of March. recently, with the rise of the Chinese stock market, copper prices have reached a new high, and the Shanghai Copper Index once hit 53380 yuan / ton. Under the impact of the epidemic, is it the improvement in fundamentals or the wind of the macro view behind the strengthening of the copper price under the impact of the epidemic? At the 2020 China (Yingtan) Copper Industry Summit Forum and the 15th China International Copper Industry chain Summit, Ye Jianhua, chief analyst of SMM copper industry, gave the answer.

The global epidemic is still not under effective control. South America is suffering from the "third round" impact.

As of July 15, 2020, the number of new crown confirmed cases in the world has exceeded 5 million, and there is no obvious inflection point signal for the spread of the new crown virus around the world. The United States is still in the lead, and South America is suffering from the "third round" impact. The number of new cases in Chile and Peru is still at a high level. Who Director-General Tan Desai said at a regular press conference on the new coronal pneumonia that the new crown virus is very dangerous, spreads quickly and has a high fatality rate, and is "the number one public enemy of mankind." 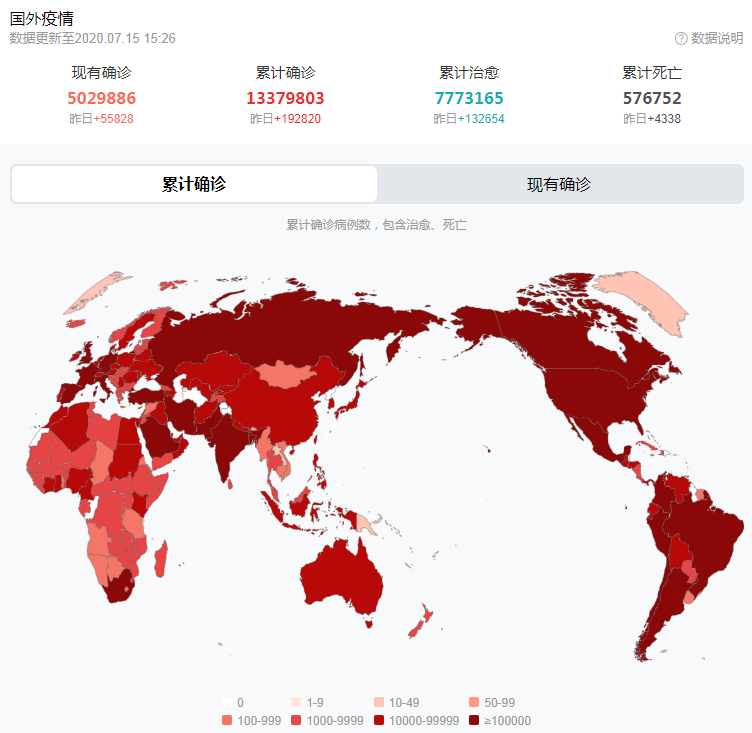 The manufacturing industry is gradually recovering and the funding continues to be loose.

Data show that the monthly increase of social finance in China hit an all-time high twice in 2020. China's economic restart led to a gradual recovery in the manufacturing sector, and the official manufacturing PMI data continued to pick up month-on-month after hitting bottom in April. Manufacturing PMI was 50.9% in June, up 0.3 percentage points from the previous month, according to the National Bureau of Statistics.

The epidemic aggravates the shortage of raw materials.

In the face of the peak of newly expanded capacity of Chinese copper smelters, the tightening of global copper mines is inevitable. According to the research data of SMM, the production capacity of visible and potential refining projects in the past three years has exceeded 1.5 million tons.

The form of scrap copper supply reduction and import is changing.

Affected by the epidemic and low copper prices, the supply of scrap copper has been disrupted. From January to May, the amount of scrap copper imported into China has decreased by nearly 300000, while Recovery rate needs to be paid attention to.

Due to the change of China's solid waste policy, the waste copper industry and import forms are also changing. "Seven types" of scrap copper is banned from entering China, and the number of enterprises that began to dismantle and melt ingots in the second half of 2017 increased in Southeast Asia, the Middle East and other regions.

The interference of refinery maintenance on the supply of electrolytic copper production in 2020 is on the high side. According to SMM statistics, the impact of actual maintenance in the first seven months of this year is generally greater than the forecast at the beginning of the year.

In 2020, the operating rate of domestic smelters is still on the low side. Domestic copper stocks are rapidly removed and domestic spot stocks are kept high.

Due to the expected shortage of sulfuric acid superimposed raw materials, the overhaul time of the smelter was advanced and extended in the second quarter, and the refinery maintained a low operating rate, under the condition that the performance of domestic consumption exceeded expectations, coupled with the shortage of scrap copper supply to speed up the removal of domestic electrolytic copper. In April alone, the total removal of warehouses in China reached more than 220000 tons, the largest monthly decline in history. After copper prices plummeted at the beginning of the year, the effect of refined copper replacing scrap copper began to weaken in May. Supply shortage superimposed copper price fell sharply waste price difference, scrap copper narrowed no price advantage, fine copper rod squeeze waste copper rod effect to drive the domestic depot. In May, the supply of scrap copper gradually loosened, the consumption of scrap copper warmed up, the price difference of fine copper returned to around 1,000 yuan, squeezing out the consumption of refined copper, and the operating rate of the scrap copper rod industry gradually rebounded in May. SMM expects copper scrap to remain tight in the second half of the year because of the twists and turns of the overseas economic recovery.

The impact of the epidemic:

Global consumption has been hit by the epidemic, and the damage abroad is now greater than that at home. Aluminium, zinc, lead and nickel are all consumed more than copper and are eventually exported, making it more vulnerable to demand outside China than copper. Affected by the epidemic, China's manufacturing industry has been significantly hit this year, but some areas have performed better than expected, especially in the wire and cable sector, which has been driven by infrastructure construction to a new high in recent years.

At the beginning of 2020, the state raised the planned investment in the power grid from 400 billion yuan to 450 billion yuan, sending a positive signal that the country is promoting the infrastructure underpinning economy. The concentrated delivery volume of the national network in the second quarter promoted the rapid improvement of electricity consumption, which was an important reason for the higher-than-expected performance of copper consumption since April. However, annual grid investment has declined significantly compared with the same period last year, with the planned investment in State Grid rising to 450 billion in 2020, down 12% from the same period last year.

The epidemic caused consumption in the real estate and air-conditioning industries to fall to an all-time low, which began to pick up in April. In the second quarter, the air conditioning industry will still face the impact of a decline in overseas export orders, but the performance of domestic sales is more eye-catching. Car sales began to grow unexpectedly in April from a year earlier, with a strong performance.

Taken together, SMM believes that the gradual repair of the global economy and abundant global liquidity have contributed to the improvement of market confidence. The improvement in fundamentals is better than expected and the macro-level resonance is better, and copper prices are bullish. Without taking into account the background of another large-scale global outbreak, domestic copper prices will climb to 56500 yuan / ton and LME6200-6800 US dollars / ton.