SMM Steel July 14, this week's mainstream market resources are expected to arrive at 183000 tons, an increase of 32000 tons over last week. Recently, the mainstream markets have varying degrees of increment, especially the pressure on the supply side of the market has increased compared with the previous period.

There is no need to worry too much is that although affected by the spread, a small part of the resources flow to the Shanghai market, but the impact is relatively limited in the short term. Mainly due to, on the one hand, the market has been in a state of shortage of resources, the recent arrival of goods to the top is mostly part of the shortage of supply specifications, will not have a greater impact on the fundamentals of the market. On the other hand, after arriving in Shanghai, this part of the resources will be diverted to the surrounding high-priced markets, which also slows down the impact of resource increment accordingly. At the same time, at present, the market is still in a state of supply < demand, superimposed traders' inventory is low, and the willingness to raise prices is strong, so it is expected that the spot price of the market will maintain a strong trend of volatility in the short term. 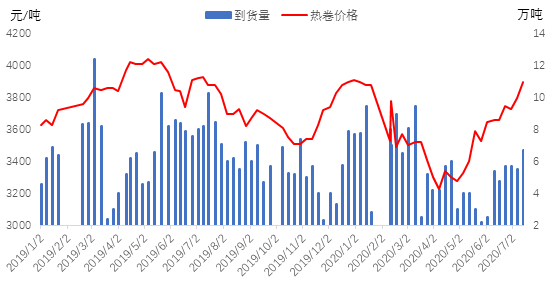 Lecong market: the volume of goods arriving this week continues to increase, and the pressure on the supply side has increased compared with the previous period. However, as the current terminal digestion of the market is OK, and the inventory pressure of traders is not great, so its willingness to raise prices is still strong, prompting spot prices to maintain a strong trend of volatility in the near future.

At the same time, according to SMM, the conventional consumption of general paper in this market is about 600000 tons per month. Affected by the inappropriate price difference between the north and the south, resources continue to flow into the north less, prompting the early supply of the market is only 35-400000 tons / month, so even if Wangang, Liugang and other steel mills are gradually increased, the real impact on the fundamentals of the market in the short term is also relatively limited, the mentality impact is even more serious. Therefore, when the market gradually adapt to the arrival rhythm, and then superimposed thread rise, spot prices are expected to maintain a strong shock trend. 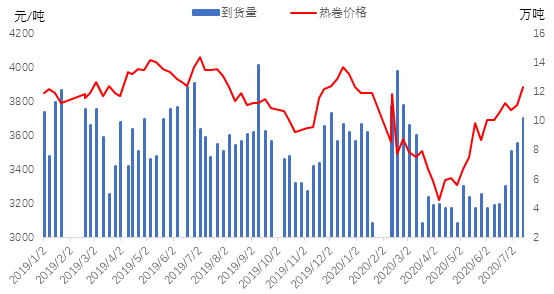 Tianjin market: this week, under the influence of the increase in Baotou Steel and Chenggang, the volume of goods in this market increased a little. However, due to the current market digestion, even if the arrival of goods increases a small amount, regional inventory still shows a downward trend. Traders have little inventory pressure and weak willingness to sell at reduced prices, but they are restricted by the cautious terminal procurement and wait and see for high prices, so it is difficult for spot prices to rise, and it is expected to be dominated by high consolidation in the short term. 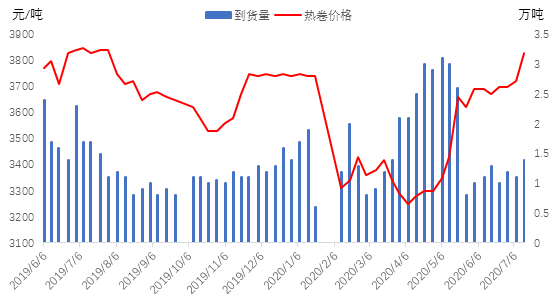