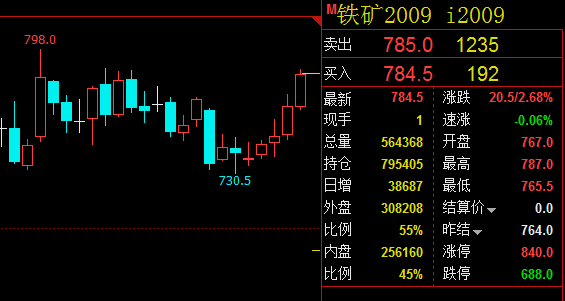 According to reports, Brazilian President Bosonaro confirmed that the new crown virus tested positive. Earlier, a number of Brazilian media reported on the evening of July 6 local time that Brazilian President Bosonaro showed symptoms of suspected new crown pneumonia and had been re-tested for the new crown virus. As of the early morning of the 8th, there were more than 1.62 million confirmed cases and more than 65000 deaths in Brazil.

At the same time, the high level of iron ore supply is weak, Australia and Pakistan shipments dropped sharply this week, Australian mines have entered a maintenance period, shipments ushered in a seasonal off-season, shipments have fallen from previous highs. According to SMM tracking data, a total of 93 ships arrived at eight major ports in China from June 28 to 7.4, with an estimated arrival volume of 15.79 million tons, a decrease of 400000 tons compared with the previous period. During the period, Australia's outbound shipments dropped by 860000 tons compared with the previous period, and the proportion of Australian shipments to China decreased in the current period. Brazil's port departure dropped by 970000 tons in the current period compared with the previous period. The short-term double drop in the delivery of Australia-Pakistan Iron Mine supports the price of iron ore.