CST
translation
Source:SMM
[SMM News: black iron ore futures rose nearly 720 yuan / ton at one point, the highest so far this year.] this afternoon, black was stable in the late morning and went higher across the board. Among them, iron ore 09 contract rose 1.7% to 719.5 yuan / ton, the highest since August last year. Steel products that were pulled back yesterday due to the relaxation of production restrictions also began to rise. As of press time, the thread 10 contract rose nearly 0.6% to 3562 yuan / ton, and the hot coil rose nearly 0.6% to 3470 yuan / ton.

SMM5 March 21 News: today afternoon, the black department changed to a stable late morning, the whole line went higher. Among them, iron ore 09 contract rose 1.7% to 719.5 yuan / ton, the highest since August last year. Steel products that were pulled back yesterday due to the relaxation of production restrictions also began to rise. As of press time, the thread 10 contract rose nearly 0.6% to 3562 yuan / ton, and the hot coil rose nearly 0.6% to 3470 yuan / ton.

SMM tracking data show that the last phase of the arrival of cargo is expected to be 13.51 million tons, arrival volume decreased by 540000 tons month-on-month. Short-term Brazilian iron ore shipments may be difficult to see a significant increase, spot prices are strongly supported.

In addition, the third session of the 13th CPPCC National Committee will open at 3 pm on May 21 in the Great Hall of the people in Beijing. As the opening time approaches, market sentiment will further improve. 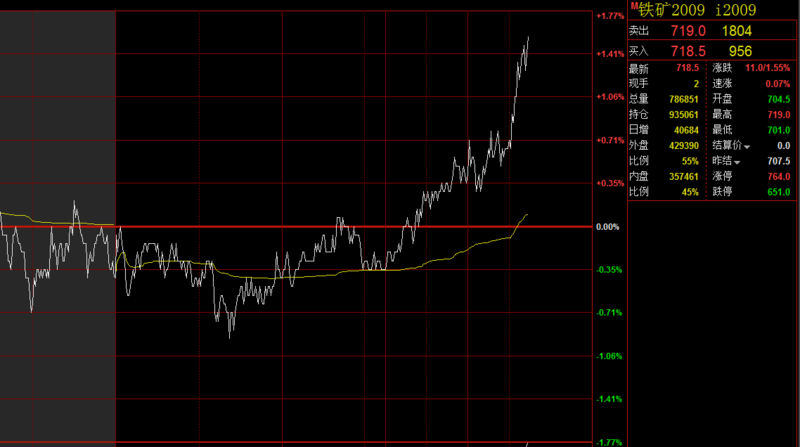 Global Blast Furnace Iron output rises marginally in Oct
The BFI output by the Asian region totaled 76.286 Mt during the month, accounting for nearly 78% of the total world output.

CST
industry news
Iron Ore markets remain quiet
It was a quiet day in iron ore markets, following the slump in prices earlier this week. Appetite for spot cargoes was lacking, following another decline in the on-shore futures markets, reported the

CST
industry news
BHP to rise Iron Ore, Copper production
BHP to boost Iron Ore and copper output during the year. Total iron ore output of the company is expected to be up by seven percent.

CST
industry news
Iron Ore market shows mixed trend on Friday
Despite a rebound in iron ore futures, which recouped 1.18% on Friday, it was a very mixed picture for the physical spot market, as per the Steel Index.