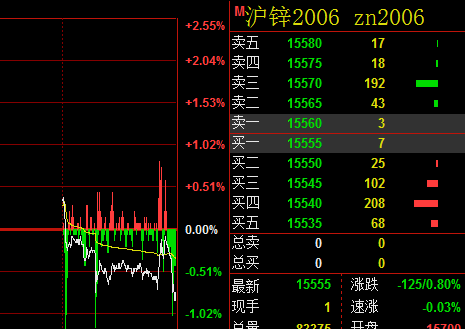 At present, there are more than 1.5 million confirmed cases of the new crown epidemic in the world, including more than 420000 confirmed cases of new crown pneumonia in the United States. There is still no inflection point in the overseas epidemic. In terms of fundamentals, the recent rise in zinc prices and the reduction of superimposed processing fees are conducive to boosting the mood of mine shipments and alleviating the problem of insufficient raw materials in smelters. According to SMM research, China's refined zinc production in March in SMM was 464200 tons, an increase of 2.48% over the previous month, and an increase of 2.67% over the same period last year.

However, the domestic downstream consumption is still weak, although the galvanized structure and galvanized sheet downstream orders are better, but the inventory is still high. The increase of zinc orders in die-cast zinc alloy and zinc oxide plate is poor and affected by the overseas epidemic situation, and the export orders are blocked. On the inventory side, as of April 7, SMM seven places had a total inventory of 297400 tons of zinc ingots, an increase of 4800 tons from Friday, with a small increase in inventory. Overall, SMM expects short-term zinc prices to be weak.

Zinc smelters operate at higher level in Jan
The operating rates of zinc smelters in January was up 1 percentage point from levels seen in December as output resumed at Shenzhen Zhongjin Lingnan Nonfemet, SMM surveyed showed.

SMM Research: Zhuzhou Smelter Launches 300,000 Tons Zinc Smelting Project, How will the Output Go in the Future?
Zhuzhou Smelter held the commencement ceremony of a zinc smelting project of 300,000 tons capacity at Hengyang City, which will last 2 years for the construction.

Malaysia Smelting Corporation profits rose sharply in 2016
Management is targeting an increase in output of 20 to 25 percent in the years ahead.

[Cu Supply] Copper market records surplus during Jan-May 2015
The global copper market has recorded a surplus of 196,000 tonnes during January to May this year.

CST
industry news
Rusal: Global Aluminum demand to grow by 6.5% in 2015
Rusal- world’s largest aluminum producer believes that the global aluminum industry is likely to grow during the year.