SMM4, March 7: boosted by the spread of the overseas epidemic and China's central bank announced a 1 percentage point targeted reduction for small and medium-sized banks, the Shanghai zinc 2005 contract opened higher and lower today, rising to 15950 yuan / ton in intraday trading, and closed at 15845 yuan / ton today, an increase of 2.76 percent.

In terms of fundamentals, inventories, according to SMM, totaled 297400 tons of zinc ingots as of Tuesday, an increase of 4800 tons from Friday and a drop of 6600 tons from Monday. Inventory recorded a small increase, mainly due to the poor willingness to replenish warehouses in the lower reaches of Shanghai, Guangdong and Tianjin. 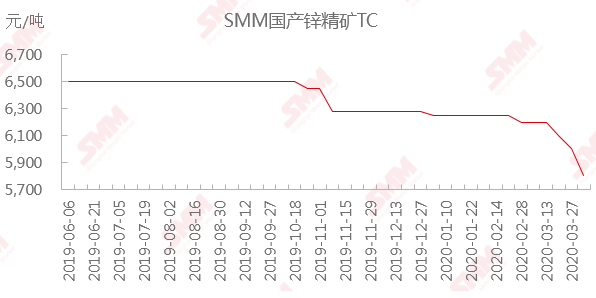 On the supply side, although the overseas epidemic continues to ferment, resulting in a reduction in production in overseas mines. If the subsequent overseas epidemic ushered in an inflection point, the mine is expected to return to normal production, follow-up attention to the pace of shipment of finished products after the rebound of zinc prices. But the domestic reason overhauls or reduces the production partial smelter resumes the normal production, the supply end pressure is still strong. Refinery profits still exist, but some smelters have reduced production due to raw material problems. If the subsequent raw material shortage problem is serious, it is expected to lead to more smelter production reduction behavior.

On the consumer side, galvanizing, in April, the operating rate of large galvanized enterprises remains high, and the operating rate of small enterprises is also gradually rebounding. On the whole, galvanized structural parts and galvanized sheet downstream orders are better, has digested part of the inventory, but the inventory is still high, still need to pay attention to the terminal consumption in April. On the other hand, in the aspect of die-casting zinc alloy, the overdraft consumption in the early stage and the disappearance of export orders affected by overseas epidemic situation lead to the poor new orders of die-casting zinc alloy at present. In terms of zinc oxide, the overseas epidemic continues to wreak havoc, dragging down the auto industry. On the other hand, the tires which account for a large part of the terminal consumption of zinc oxide are significantly affected. At present, foreign trade orders are shrinking, and face the excess supply caused by the conversion of external demand to domestic demand, which may affect the production of zinc oxide.