SMM news, since September iron ore main force all the way narrow shock, to the 25th of last month iron ore main force rose from 619 points to now 660 points (as of October 8 noon) five trading days rose more than 6%, in recent days is a continuous rise. 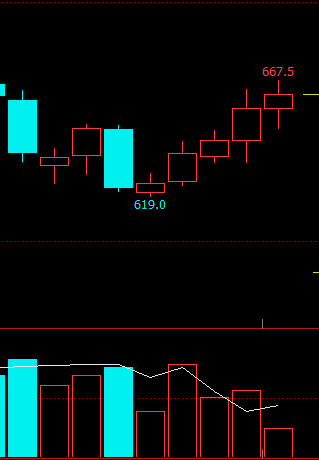 On the supply side, according to the SMM, the main iron ore shipments in Brazil and Australia in recent days are similar to those of the previous month, and there has been no significant increase. During the period of about half of the transport period to Hong Kong. In recent days, the domestic side is mainly concerned about the maintenance of various mines. Overall, there is no pressure on iron ore supplies.

On the demand side, after the National Day, environmental protection and production restriction policies have been lifted one after another, and steel mills have upward pressure on demand. At the same time, near the winter, local manufacturers entered the "winter storage" stage, iron ore prices rose in October.

Inventory, according to SMM iron ore port inventory statistics, since the beginning of the year, major domestic port inventory has been declining, but the overall level is still in a safe position. At the same time, the inventory of imported ports will continue to pick up and there will be no shortage of inventory. According to SMM data, as of September 20, the stock of imported mines at Port 32 was 111.9335 million tons, up 1.2848 million tons, or 1.16 percent, from the previous month, and began to pick up gradually. 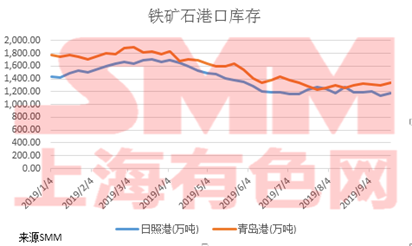 In the short term, macroeconomic stimulus policies are expected to boost demand in the fourth quarter of this year. Until the winter heating, the iron ore trend still has the upward momentum.