Graham Kerr, chief executive of South32, said the company had a strong performance and we achieved a record 57 per cent increase in, Illawarra Metallurgical Coal production at Hillside Aluminum and delivered 5.5 million tons of manganese ore to a favourable market. We announced an important milestone in the Hermosa project, announcing the mineral resources of the Taylor deposit, which reduced our investment risk and increased our confidence in the project as we advanced the fiscal year 2020 preliminary feasibility study. 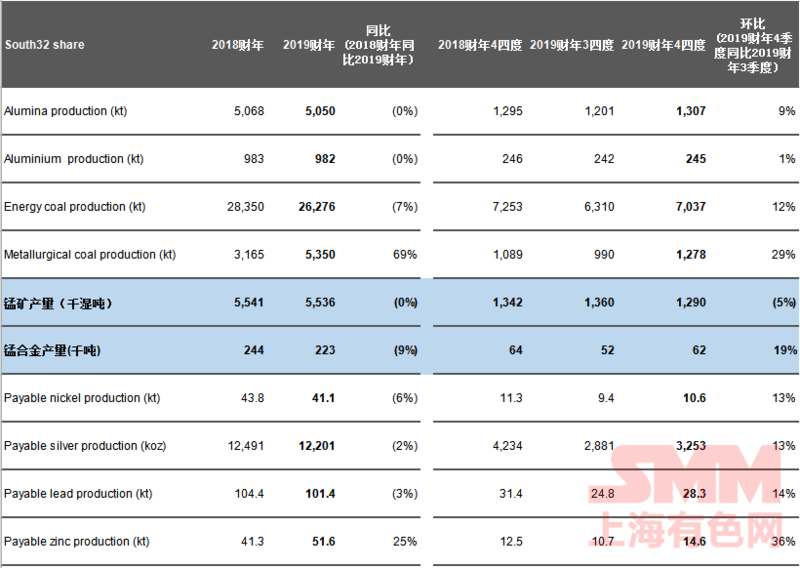 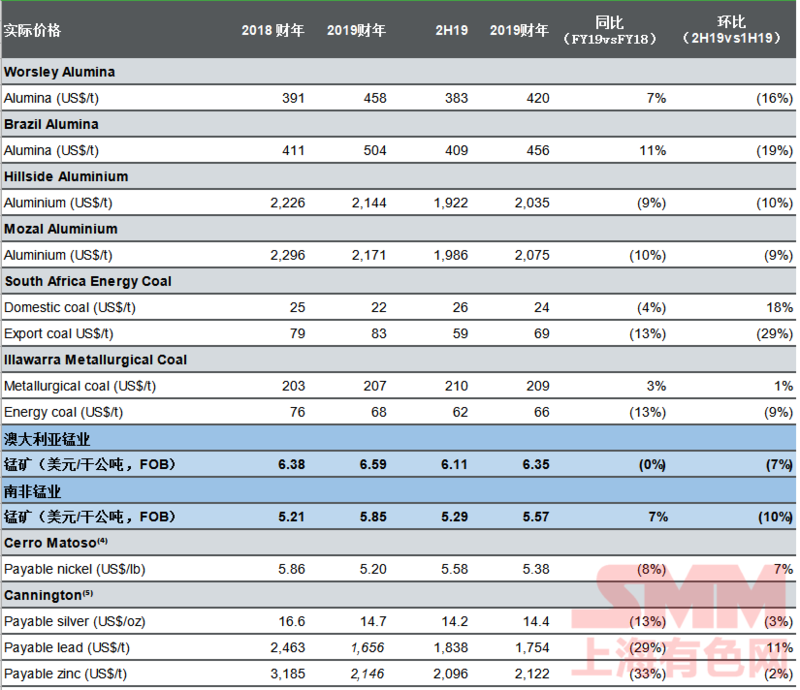 The marketable ore production of the manganese industry in South Africa increased by 2 per cent (42 kilotons) to 21878 kilotons in fiscal year 2019 as the productivity of our high-grade Wessels mines increased the number of high-quality materials. Despite the impact of the additional trading volume, we expect operating unit costs to rise slightly from our previous guide price of $2.56 per dry tonne in fiscal 2019, as we continue to take advantage of favourable market conditions through increased labour activity and the use of higher-cost trucking as an alternative route. In fiscal year 2019, sales of manganese alloys decreased by 13 per cent (10 kilotons) to 69 kilotons, with sales of 73 kilotons.