According to the data of the World Iron and Steel Association, which is a big country of iron and steel production in China, the output of crude steel in 64 countries in May was 162.7 million tons, of which 54.76% (89.1 million tons) was in China. Among them, most of the crude steel output contributed to the long process steel mills. In this case, it has caused great pressure on the ecological environment, especially the atmospheric environment. Therefore, to do a good job of environmental protection and promote the improvement of the production process of iron and steel enterprises has become the top priority.

On the one hand, nationwide: as of 15 July, the second round of the first batch of central eco-environmental protection inspectors had all been stationed; on the 16th, Meng Wei, spokesman for the National Development and Reform Commission, revealed that in the third quarter, relevant departments will carry out supervision and inspection of work to eliminate backwardness and resolve excess capacity in the iron and steel and coal sectors, so as to resolutely prevent the resurgence of withdrawn production capacity. On the other hand, provinces and cities have never stopped fighting to win the battle for environmental protection. According to SMM statistics, in terms of public information, since June alone, seven provinces have made targeted measures for environmental protection issues, led by Tangshan and Wu'an, which have large iron and steel production capacity, and have issued three relevant documents intensively since the middle and late June, and specifically stipulated measures to stop production by key enterprises related to environmental pollution. The specific summary is as follows: 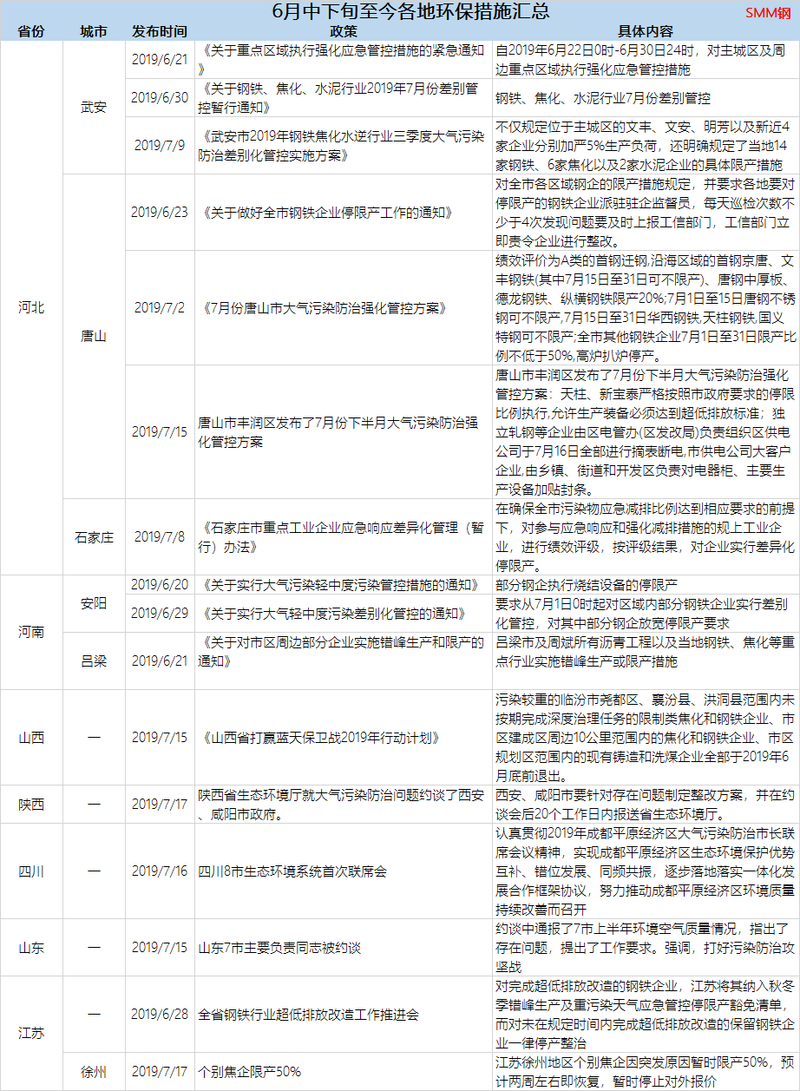