What is scrap copper?

According to the source, copper scrap can be divided into two parts: new waste and old waste.

Old waste: copper-containing products that have been discarded after use, and the copper metal obtained after recovery or disassembly is called old waste. Judging from the average recovery period of 15 years of copper products, the supply of scrap copper in China is entering a stage of rapid growth.

New waste: the waste produced in the process of copper production or utilization is called new waste, which comes from three links: copper smelting, copper processing and terminal product production. The new waste produced at the smelting end includes slag and anode mud, and the processing and terminal include industrial defective products and scrap materials. More than 90% of the new waste will be recycled by the factory or recycled upstream, and will not flow to the market. With the development of technology and the realization of customized size, the output loss of this part of the product will be smaller and smaller.

Indirect utilization (flow to the smelting end): part of the waste miscellaneous copper needs to be used as a substitute for copper concentrate and needs to be melted into electrolytic copper for use by users, which is called recycled smelting. The waste copper raw materials used are mainly imported 1 # waste copper and 2 # waste copper, and the average waste grade is more than 94%. In recent years, due to the stricter environmental protection policy and scrap copper import policy, the proportion of scrap copper flowing into smelting tends to decrease, and the proportion of scrap at the processing end tends to rise.

According to SMM data, the refined scrap spread has been narrowing since the beginning of March, partly stimulating the utilization of the refined copper market.

What is the trend of scrap copper consumption in the future?

From the situation in recent years, no matter in the smelting end or the processing end, the proportion of scrap copper consumption has declined significantly.

On the smelting side, the consumption of scrap copper has been suppressed due to the influence of the import scrap copper policy and the strict supervision of environmental protection. At the processing end, the price difference of refined waste is narrowed, the economic benefit of copper scrap is weakened, and the proportion of copper scrap is also declining due to the influence of domestic environmental protection policy.

What terminal areas does the domestic old waste come from?

The source of scrap copper is closely related to the consumption of refined copper. The electric power industry is not only the main consumption field of electrolytic copper, but also the main source of copper scrap. Due to the large number of household appliances, the construction industry is closely followed by the construction industry, accounting for nearly 80% of the total.

The copper recovery system in China is scattered and the recovery rate is low, about 60%. Copper scrap recycling chain has a large number of participants, of which the construction, vehicle, machinery and ship dismantling industry process is relatively simple, because the owners of end products can directly deliver waste products to disassembly enterprises, household appliances and electronic products are more complex.

The average recovery life of each terminal is about 15 years, and it is expected that after 19 years, the recovery of copper scrap will gradually usher in the peak period.

What is the development of domestic scrap copper dismantling industry?

The recovery rate of copper scrap disassembly industry is on the low side.

In 2011, the regulations on the Recycling and disposal of waste Electrical and Electronic products came into effect, the state began to implement the qualification license system for this industry, and set up a fund to subsidize waste electrical appliance disassembly enterprises.

Where is the domestic scrap copper market mainly distributed? 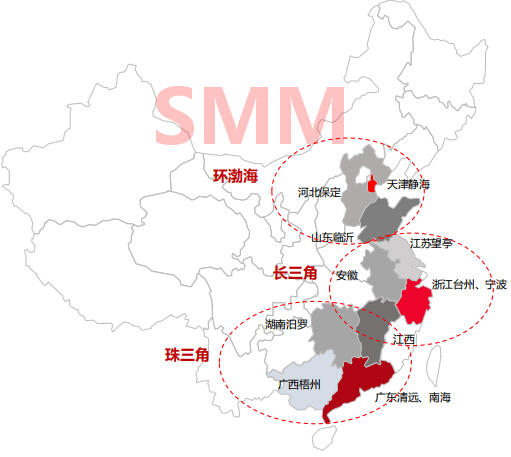 The scrap copper market in China is mainly concentrated in the Yangtze River Delta, the Pearl River Delta and the Bohai Rim.

What is the supply of scrap copper in China?

The growth rate of domestic copper scrap supply is slow and the proportion of imported scrap copper shows a downward trend.

Since the implementation of green barrier action by Chinese customs in 2013, the import of scrap copper has shown a downward trend year by year. Copper prices rose sharply at the end of 2016 as the cost of scrap copper was lower than that of refined copper, downstream consumption continued to improve, demand for scrap copper increased, and scrap copper supply rebounded in 2017.

In recent years, the increase of domestic scrap copper supply is limited, mainly due to the reduction of the number of waste disposal projects in the national power grid, the limited disassembly of waste mechanical and electrical products, and the lower than expected number of automobile disassembly.

The supply of scrap copper in China mainly depends on imports. In recent years, with the strict import scrap copper policy, the domestic scrap copper market has gradually improved, and the proportion of imported scrap copper has dropped from 80% to about 50%.

In July 2017, the "implementation Plan for banning the entry of Foreign waste and promoting the Reform of the solid waste Import Management system": it is necessary to gradually and orderly reduce the type and number of solid waste imports, and gradually stop the import of solid waste by the end of 2019.

In April 2018, the announcement on the adjustment of the catalogue of imported waste Management: waste motors, including waste motors, wires, cables, hardware and electrical appliances ("waste seven categories"), which are mainly copper recovery, will be transferred from the "catalogue of solid wastes that can be used as raw materials for import restrictions" to the catalogue of prohibited imports of solid wastes, which will come into effect on 31 December 2018.

In August 2018, the Commerce Department imposed a 25% tariff on U. S. imports of scrap copper (mainly because of the trade war);

1. In 2020, solid waste may stop importing altogether. According to the target set out in the implementation plan of "banning the entry of foreign waste", "by the end of 2019, the import of solid waste that can be replaced by domestic resources will be phased out", and by 2020, the "waste six categories" may also face a total ban.

2. Resource utilization of solid waste. Since the fourth quarter of 2018, the Environmental Protection Bureau, the Standards Committee and the Regeneration Association have jointly promoted the issue of encouraging the recycling of solid waste, while banning the import of solid waste, some of the "waste six categories" may be brought out separately as resource imports, so as to better promote the development of the renewable industry.

Will there be a shortage of imported scrap copper?

The import volume of scrap copper will also gradually shrink in the future. From 2016 to 2019, the growth rate of domestic automobile production decreased year by year, and the starting rate of recycled aluminum industry decreased significantly.

After 2018, the new and proposed capacity of recycled aluminum will reach 4.324 million tons. In addition to the mainstream consumption of Jiangsu, Zhejiang, Shanghai and Guangdong, Jiangxi Province has become the most preferred place of recycled aluminum because of the advantages of tax policy. 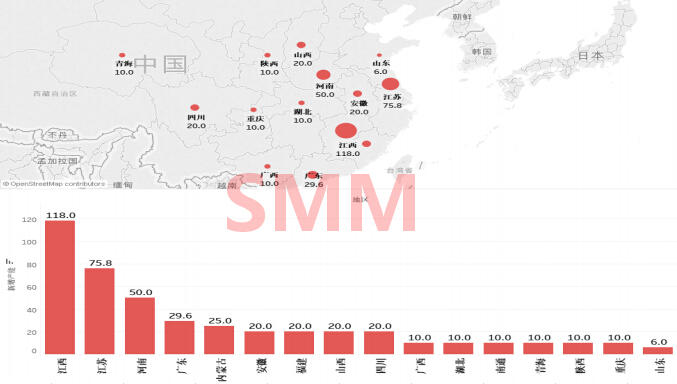 In 2019, the price range of ADC12 is continuously compressed in the highly competitive aluminum industry.

The direct problem with the tax cut is the determination of the VAT invoice tax point for downstream customers, preparing for the weak downstream market in the first half of the year and looking forward to a possible recovery in the second half of the year. 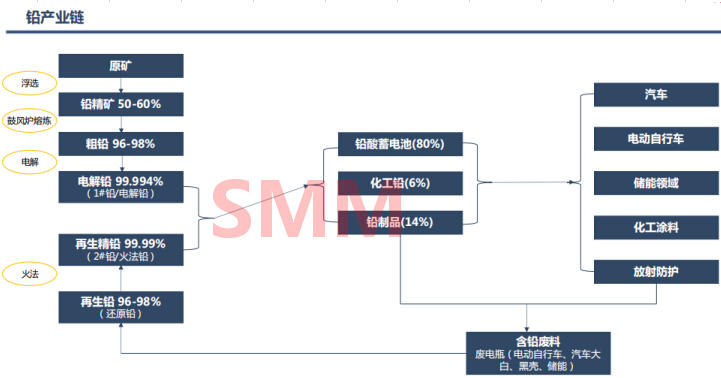 Most of the reductive lead holding enterprises are concentrated in Anhui and Henan, and there are more non-licensed enterprises in Jiangxi. The production of reduced lead in China is mainly concentrated in Jiangsu, Anhui, Henan, Jiangxi and other places, and the output varies greatly, among which Anhui and Jiangxi increase obviously. 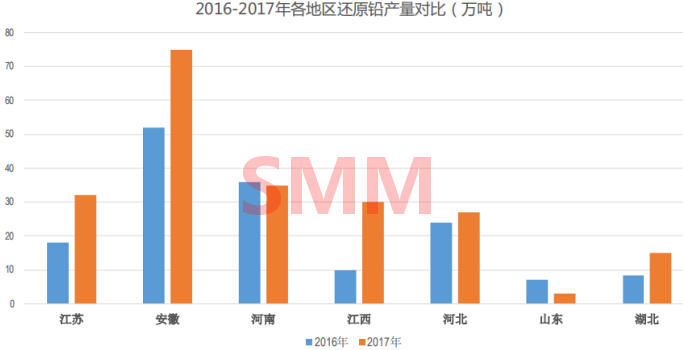 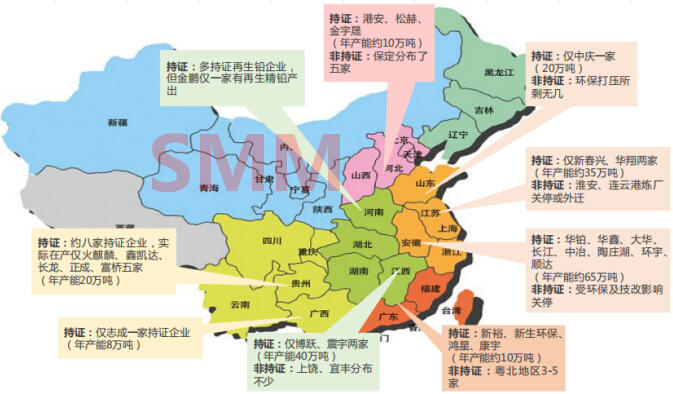 With the exception of Anhui and Hubei, which are close to full capacity production, the operating rate in other areas is on the low side, and there is still a large amount of excess capacity. 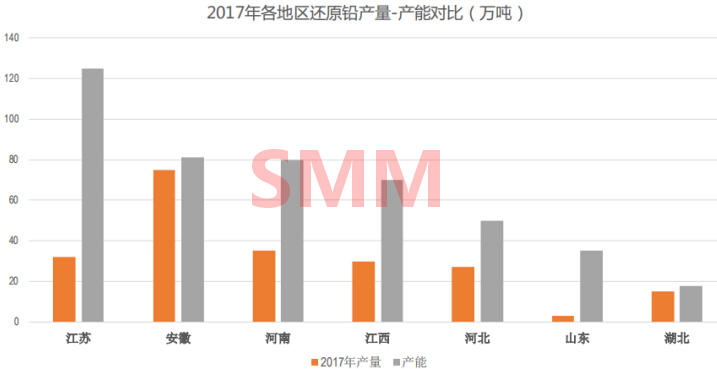 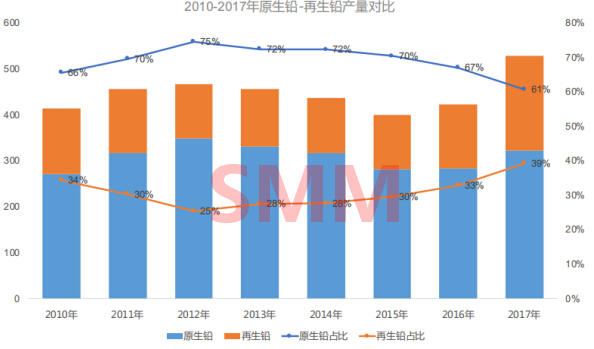 The operating rate of recycled lead smelting has obvious seasonal characteristics, and it increases year by year under the influence of price. There are great differences in smelting cost between scale and "three none" enterprises, which leads to the flooding of "three none" refineries.

SMM Analysis: Ban of Traders to Import Scrap Copper in 2018, What’s the Influence?
On July 27th, the General Office of the State Council released the Action Plan of Ban on Foreign Waste Entry & Regulation Reform of Imported Solid Waste.

Will Copper Price Remain Bull in 2017? SMM Expects
Copper price stopped a long-term decline since 2011 and entered bull market relatively from 2016. But, how long will the rally last?