Earlier this year, Miao Wei, minister of industry and information technology, said in an interview that the state would issue 5G temporary licences in a number of cities in 2019. Skipping the 5G temporary license and issuing the business license directly is partly due to the impact of the trade war, but on the other hand, it also highlights China's determination to accelerate the development of 5G.

In a previous article, we analyzed whether changes in mobile phone production were related to the upgrading of communications technology. ([SMM Analysis] is the arrival of the 5G era a boost to consumer batteries? Https://news.smm.cn/news/100869849) the final conclusion is that the future mobile phone demand mainly exists in three aspects: the fixed demand of consumers, the transformative breakthrough of mobile phone software and hardware technology and the development of communication technology. Among them, the development of communication technology has significantly promoted the demand for replacement, in the 3G network and 4G network construction of the year, China's mobile phone production has exceeded 20% growth rate.

So will the same phenomenon happen this year, when 5G begins to build on a large scale?

With regard to the 5G application scenario, the Ministry of Industry and Information Technology previously made it clear that about 20% of the 5G facilities in the future will be used for communication between people, and 80% will be used for things and things, things and people, that is, the Internet of things. In particular, the problem of mobile Internet of things communication. The early issuance of the 5G license will greatly promote the suppliers to speed up the investment and construction of 5G, and the commercial plan of each product will appear in advance accordingly.

The acceleration of 5G will lead to the birth of some new aircraft demand. Fu Liang, a telecommunications industry expert, believes that after the issuance of the 5G license, the 5G tariff packages of the three major operators may be officially introduced in July or August. The previous 4G tariff package may be used in the early stage, or part of the 5G traffic may be given away. However, given that licences are already in the middle of the year, operators will focus on building base stations this year, while commercial 5G phones are generally overpriced this year and have little incentive effect on consumption. 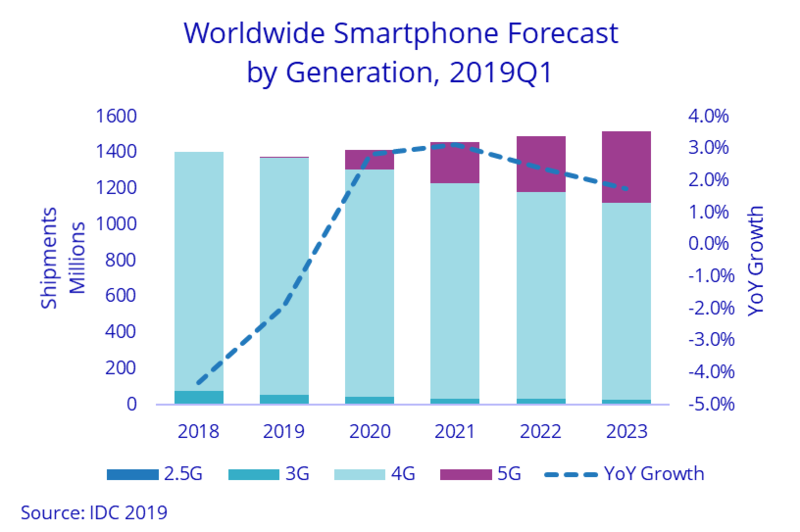 As China is the world's largest smartphone manufacturer and exporter, the development of 5G will also affect the speed of the world's 5G mobile phones. According to China's planning for the 5G industry, SMM believes that 5G will have little impact on the overall production of mobile phones in 2019, maintaining the previous forecast of 1.64 billion units. With the maturity of 5G communication technology and the expansion of coverage, the output of 1.65 billion units in 2020 and 1.7 billion units in 2021 can be achieved, and the output growth rate will change from negative to positive in 2020, of which 5G mobile phone production is expected to reach 10 per cent in 2021.

Considering the improvement of 5G mobile phone life ability, the high voltage of lithium cobalt acid battery is the main direction of the development of the industry. At present, Cunninghamia lanceolata, Xiamen Tungsten and other companies have successfully developed and realized the mass production of 4.45V high voltage lithium cobalt acid, which can meet the battery performance requirements of 5G mobile phones.

Most Read
data analysis
1.Lithium carbonate prices to continue rally amid falling inventories
smm insight
2.Lithium hydroxide prices remained stable, demand-supply structure may improve next year on rising demand
industry news
3.Xi Jinping: To enhance price influence of important commodities to better serve and lead the development of the real economy
data analysis
4.Macro Roundup (Nov 23)
data analysis
5.Macro Roundup (Nov 18)
China Metals Market
Privacy policyCompliance CentreSMM Credit ServiceContact UsAbout UsTerms & ConditionsSitemap
Notice: By accessing this site you agree that you will not copy or reproduce any part of its contents (including, but not limited to, single prices, graphs or news content) in any form or for any purpose whatsoever without the prior written consent of the publisher.