SMM6, June 6: recently, the United States and Mexico this pair of neighbors fell out.

On May 30, President Trump announced that he would impose a tariff of 55 on Mexican imports from June 10 until illegal immigrants stopped entering the United States.

On June 4, Mexican President Lopez announced his absence from the G20 summit in Osaka, Japan, in late June, meaning that the heads of state of the United States and Mexico will not meet for negotiations in the near future.

Trump said on his Twitter feed on the 5th that the negotiations are making progress, but that they are not enough. Negotiations will continue tomorrow, and if no agreement is reached, the 5 per cent tariff will begin on Monday and be increased on a monthly basis. 'The higher the tariffs, the more companies will move back to the United States, 'Mr. Trump said. There is a world of difference between South America and the United States and Canada in North America. South America has always been economically backward, politically unstable, crime-prone, people poor and unable to meet their basic living needs. So he traveled thousands of miles north to try to enter the United States. Since early 2018, more than 150000 refugees from South American countries have tried to enter the United States illegally, 61 per cent of them from Honduras. Since the political change in 2009, the number of illegal immigrants seeking asylum in the United States has increased 15-fold to a total of more than 180000. However, these refugees were blocked by Trump from the high wall, and in order to deal with all parents who illegally crossed the border, the US government even forcibly separated them from their children, and the policy of zero tolerance for illegal immigrants drew strong criticism from the Democratic Party. Trump, on the other hand, accused the Democratic Party of weakness on immigration and worried that immigration would bring unemployment and crime to the American people. 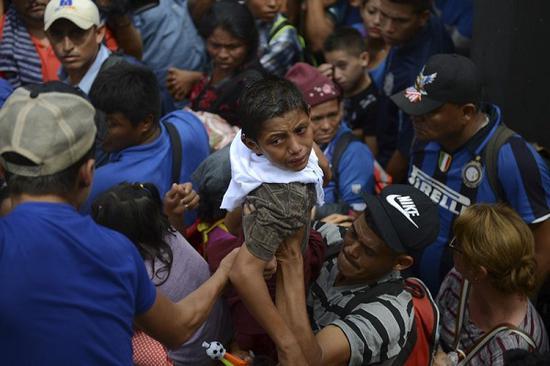 Whenever I see pictures of refugees with their families, I can't bear it. Peace is still so out of reach today in the 21st century.

Mexico to See More Mining Investment in 2017 on Higher Metals Prices
Investment in Mexico’s mining industry will grow this year due mainly to rally of metals prices, the country’s mining body said.

CST
industry news
Global DRI output rebounded during May 2015
The World Steel Association indicates that the world direct reduced iron (DRI) production in May this year has increased significantly by 4.2% when compared with the previous month.