CST
translation
Source:SMM
However, in terms of the annual start-up rate, because of the maintenance of some equipment, the annual start-up rate of, PT Vale has been declining year by year since production reached an all-time high in 2015, from 101% in 2015. It fell to 90% of the forecast in 2019 (calculated as a high of 7.2 weeks).

PT Vale, based in Sulawesi, Indonesia, Sorowako, was acquired by Vale in 2006, Vale holding 59.27%, mainly produces ice nickel, ice nickel annual production capacity of 80, 000 tons. PT Vale has its own nickel laterite mine, and the ice nickel will be shipped to Japan, Dalian and Wales to continue refining. 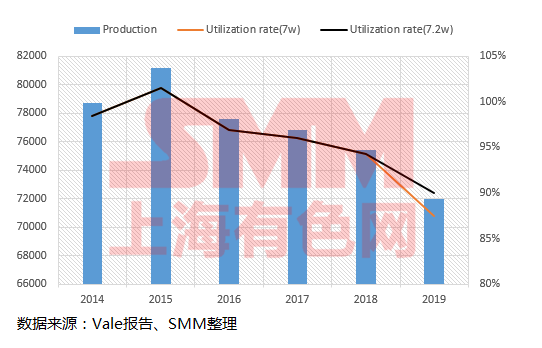 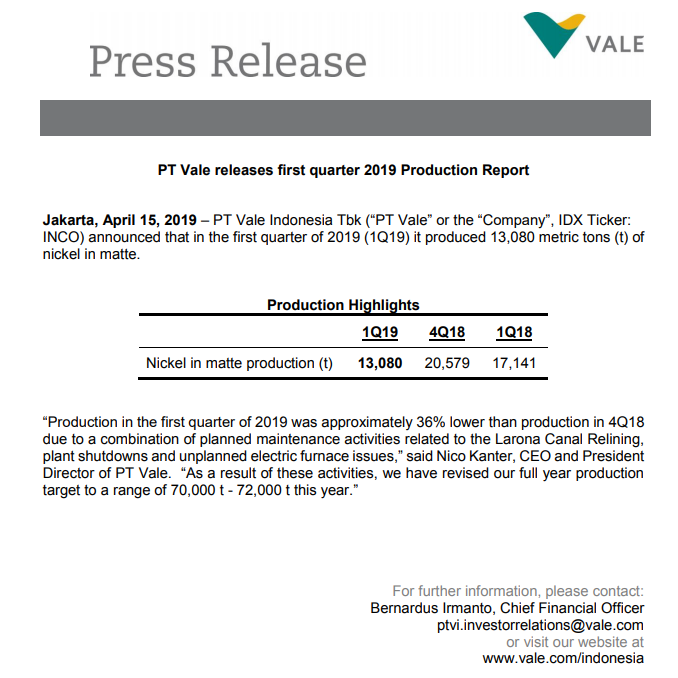