SMM monthly production data of basic metals in China is scheduled to be released around the 8th of each month. The purpose of this data is to explore the real fundamental situation from the essence, and to set aside the illusion of the capital market for industrial chain people and investors. More clearly grasp the future trend of the non-ferrous market.

Production of metal products in January 2019 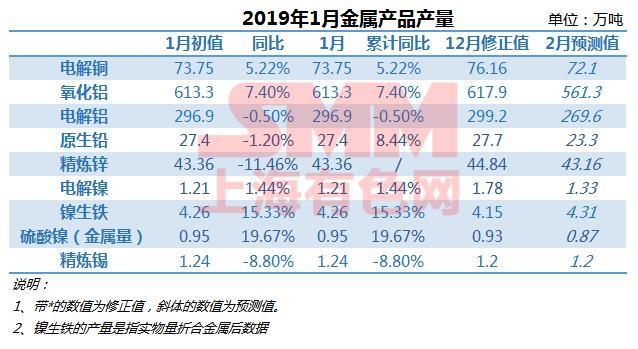 1. The value with * is the modified value, and the value of italics is the predicted value.

2. The output of nickel pig iron refers to the data after the physical quantity is converted into metal.