CST
Source:SMM
As the global transition to electric and smart vehicles is unstoppable, more and more countries and regions have successively released the timetable for banning the sale of fuel vehicles, as part of the efforts to promote the thriving new energy industry and achieving sustainable development goals.

Countdown to the “extinction” of fuel vehicles: As the global transition to electric and smart vehicles is unstoppable, more and more countries and regions have successively released the timetable for banning the sale of fuel vehicles, as part of the efforts to promote the thriving new energy industry and achieving sustainable development goals. Among the mainstream new energy markets, the Europe is most aggressive in pushing the sale ban that will take effect during 2025-2040, while China and the United States carry out pilot projects as the first step. 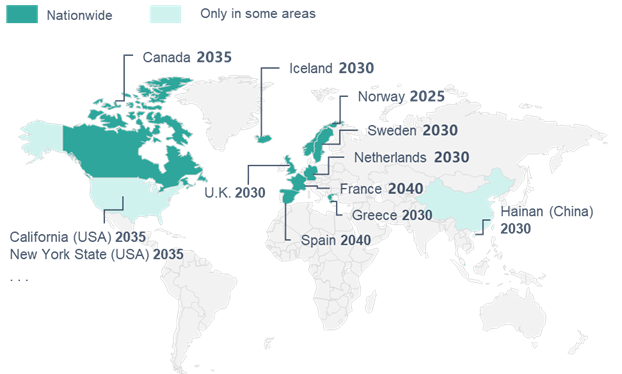 China is the first to put forward, in September 2020, the goal of achieving "carbon peak” by 2030 and “carbon neutrality“ by 2060 (“dual carbon” in short). In order to achieve this goal, China has stepped up the electrification transformation and now takes the lead in the global new energy vehicle market. However, there is still a long way to go to reduce carbon emissions. For the sustainable and high-speed development of the electric vehicle industry required to better achieve the “dual carbon” goal, policy support is still necessary as the excessively rapid subsidy decline will potentially damage the development of the industry. 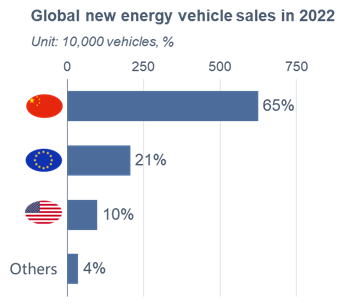