The operating rates of secondary aluminium alloy enterprises in Guangdong and Chongqing fell slightly due to the spread of the pandemic. The secondary aluminium alloy enterprises purchased silicon metal as needed due to their poor profits. The operating rates of silicone enterprises remained low. In the early stage, the output of silicone monomer companies declined as some enterprises undertook maintenance. But the supply was still in surplus and the prices of DMC remained low. In mid to late-November, some monomer companies will resume the production and the operating rates are expected to increase slightly. The polysilicon supply continued to increase as the new capacity was ramping up the production. In the mid and late-November, about 80,000 mt of polysilicon capacity will be overhauled and is expected to resume in mid-December.

As the dry season is approaching in Sichuan and Yunnan, the costs increased and enterprises were less willing to lower the prices. Meanwhile, amid the off-season in the aluminium alloy and silicone markets, some traders held a bearish outlook and purchased as needed. It is expected that silicon metal prices will remain stable this week. 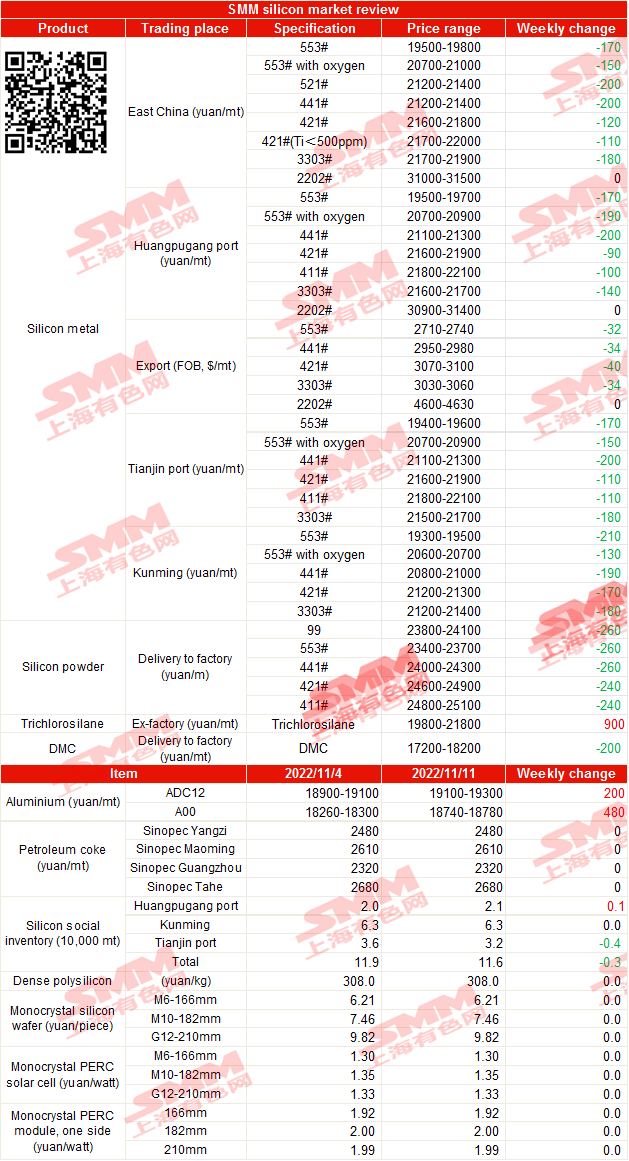