CST
Source:SMM
On the whole, except for galvanising plants, the affected output of die-casting zinc alloy enterprises and zinc oxide producers both increased compared with the previous year (the affected output of galvanising, die-casting zinc alloy and zinc oxide enterprises stood at 6,853 mt, 3,592 mt and 22 mt respectively in 2021).

As the National Day holiday is around the corner, the market participants are particularly concerned about the restocking and holiday arrangements of downstream enterprises. The following is related information according to SMM survey.

Galvanising plants: SMM surveyed 39 galvanising plants with a total production capacity of 25.09 million mt. It is learned that 20 plants will have a holiday ranging from 2 to 5 days. Most enterprises planned to take a three-day break, which will affect 6,419 mt of zinc consumption, 434 mt down from 6,853 mt in the same period of 2021. Last year, many large galvanising plants decided to close not only for the National Day holiday but also due to power rationing. This year, despite that the monthly operating rate of galvanising plants had previously dropped about 15 percentage points year-on-year, the recent increase in steel prices as well as the increased stockpiling of terminal enterprises led to an improvement in sales. Therefore, the operating rates of galvanising plants rose, and the inventories fell. Some enterprises have temporarily changed their holiday arrangements. Specifically, more galvanised pipe producers are having a holiday than galvanised structural part producers. The main reason is that the inventory of finished products in some large galvanised pipe producers was relatively high while the sustainability of short-term orders remained to be seen. Consequently, the enterprise, who were bearish on the steel prices, decided to suspend the production for holiday in order to consume the finished product inventories. In contrast, the orders of galvanised structural part producers were basically related to projects, thus most enterprises planned to maintain normal operation during the holiday in the consideration of the need of workers. In terms of raw material inventory, the decline in zinc prices prompted galvanising enterprises to increase restocking and most of them kept 10.9 days of raw material inventories. 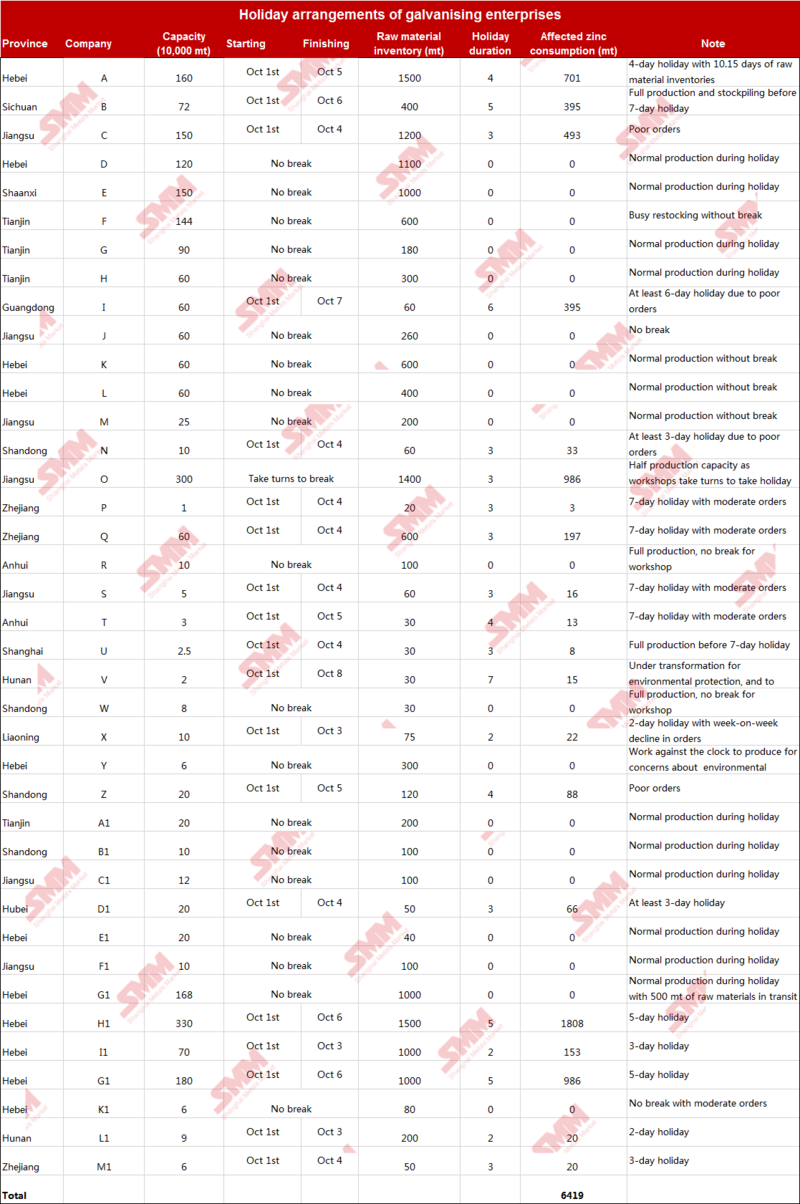 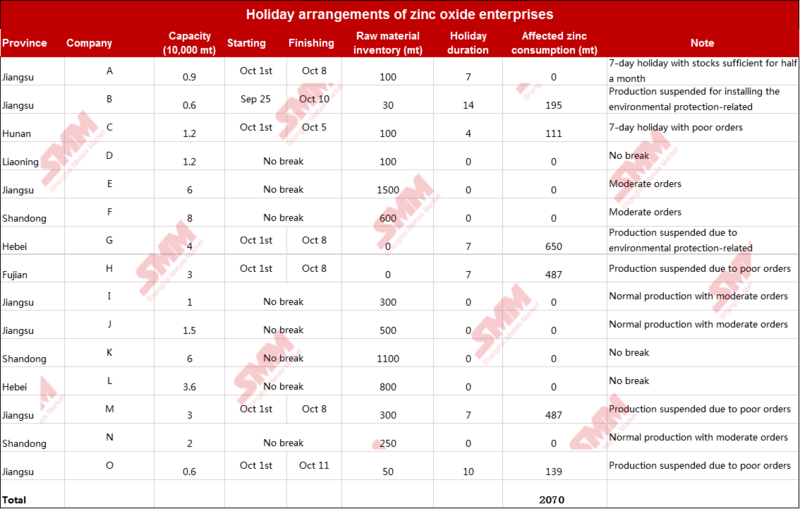 On the whole, except for galvanising plants, the affected output of die-casting zinc alloy enterprises and zinc oxide producers both increased compared with the previous year (the affected output of galvanising, die-casting zinc alloy and zinc oxide enterprises stood at 6,853 mt, 3,592 mt and 22 mt respectively in 2021). Generally speaking, more companies plan to take a holiday due to sluggish demand.  SMM will continue to track the changes in the operating rates of downstream enterprises in various sectors after the holiday.