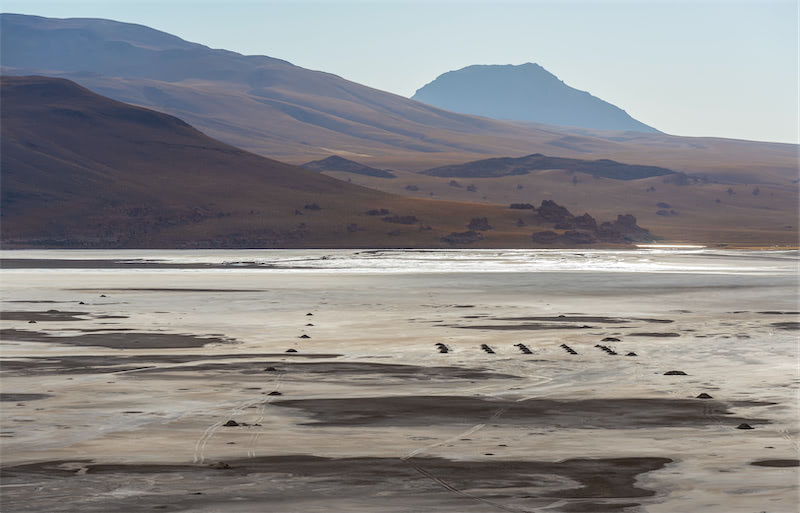 SHANGHAI, Sep 23 (SMM) - SMM survey showed that the spot supply of lithium carbonate was still relatively tight on the fundamentals. On the supply side, the market spot supply was relatively tight. The leading large manufacturers still focused on the delivery of long-term terms, so no quotes were offered if there were no spot for sale. At the same time, the transportation control measures in Qinghai were still strict, thus the shipment was slower than expected.

On the demand side, the production capacity of LFP continued to climb, thus the stockpiling demand for lithium carbonate remained strong. Meanwhile, the demand for LCO was gradually picking up, and most manufacturers started restocking to increase the production to achieve annual sales targets, hence the purchase was active.

According to SMM previous surveys, the soaring lithium prices have already overwhelmed the midstream and downstream enterprises. It is reported that the first-quarter net profit of Tianqi Lithium, an upstream lithium mining company, was almost twice as much as that of CATL or four times as much as that of BYD. To put it another way, the net profit of a mining company could overshadow the profits of two midstream battery companies or four car makers.

In addition, with the rise in lithium prices, the energy storage companies also suffered mounting cost pressure. According to latest media reports, an insider from a listed energy storage company said that so far this year the company's energy storage project have been scheduled for on-hand orders worth more than one billion yuan, but the company already had to stop receiving new orders due to the growing cost of upstream resources.

Therefore, there is sufficient evidence suggesting that the soaring prices of lithium is not conducive to the sound development of the industrial chain.

To curb the upsurge in lithium prices, the Ministry of Industry and Information Technology (MIIT) had gathered upstream, midstream and downstream enterprises and held a meeting on the development of lithium industry in mid-March this year, when the lithium carbonate prices exceeded 500,000 yuan/mt. The MIIT requested that upstream and downstream enterprises in the industrial chain should strengthen the connection between supply and demand, work together to form a long-term and stable strategic cooperative relationship, jointly guide the rational return of lithium salt prices, and enhance efforts to ensure market supply with the aim to better support the sound development of China's new energy vehicles and other strategic emerging industries.

On September 2, the MIIT held a press conference on "Promoting the High-Quality Development of the Raw Materials Industry". When it came the issue of safeguarding the production of commodity raw materials, Feng Meng, deputy director of the Department of Raw Materials Industry of the MIIT attached great importance to securing stable production and supply in critical sectors. He suggested that a coordinated monitoring mechanism for key raw material prices should be established to stabilise the prices of lithium carbonate and rare earth. On September 15, when the spot prices of lithium carbonate reached 500,000 yuan/mt again, the MIIT once again organised a lithium resource industry symposium, with participants from the Industry Department and Price Department of the National Development and Reform Commission , the Mining Right Department and Department of Mineral Resources Protection and supervision under the Ministry of Natural Resources, the Price Supervision and Competition Bureau of the State Administration of Market Supervision, and relevant quotation-offering platforms. This symposium urged upstream and downstream enterprises to work together to create a smooth and stable supply chain by signing long-term contracts as well as to speed up the development and utilisation of domestic resources to ensure sufficient supply as soon as possible. At the same time, it is also stressed that all enterprises concerned should participate in the efforts of ensuring sufficient supply and stable prices, and in particular the leading enterprises should set a good example. For example, manufacturers should price based on the costs, refraining themselves from setting prices in collusion, and quotation agencies should also offer rational quotations, contributing to stabilising prices and sustaining smooth supply chain and industrial chain.

Recently, Guo Jiaofeng, deputy director of the Institute of Resources and Environmental Policy of the Development Research Centre of the State Council, also publicly stated that in the process of energy transformation, it is necessary to speed up the establishment of a system to secure the supply of new energy mineral resources such as nickel, cobalt and lithium. At the same time, new energy mineral resources that are critical for electrification such as lithium, nickel, cobalt, platinum-group metal, rare earth, copper, and aluminium are also directly related to the energy security in the future, which deserved more attention.

In terms of lithium hydroxide, the spot prices also edged higher. SMM survey shows that the top large manufacturers currently give priority to long-term order delivery, and it is expected that the spot supply will remain tight at the end of this month, which is mainly a result of production cuts caused by the previous power rationing. The downstream companies have scheduled more production for high-nickel ternary batteries, so the demand for lithium hydroxide was still strong. Therefore, the average price of lithium hydroxide increased slightly along with rising lithium carbonate prices.