The operating rates of aluminium alloy were basically stable as well. Due to the increase in the silicon metal prices, the conversion margins of primary aluminium alloy increased. According to most aluminium alloy companies, the downstream demand picked up slowly amid the peak season, but the new orders were modest. Therefore, the operating rates may remain stable in the short term. Enterprises mainly purchased as needed and a small number of companies restocked actively for fear of further price increases. The operating rates of silicone declined. In early September, some monomer production capacity were planned to be shut down for maintenance. As of September 8, the DMC prices stood at 19,200-19,800 yuan/mt, and the monthly price of chemical-grade 421# silicon stood at 21,000 yuan/mt (in cash, delivery to factory) under the monthly orders executed with monomer enterprises. Due to the increase in silicon prices, most monomer enterprises were under pressure, hence they were less willing to purchase high-priced silicon. The operating rates of polysilicon were stable, and the demand for silicon metal remained strong. The orders of grinding plants were more active with more demand for 99# silicon and 421# silicon.

At present, the market is focusing on the power rationing in Yunnan. As of the time of the writing, the production of silicon factories in Dehong, Yunnan is basically normal. However, due to the expected power cuts, the silicon factories tend to hold the prices firm. After the intensive restocking of downstream finishes, the market orders may decline in mid-September. In this scenario, silicon prices are unlikely to rise sharply next week and are expected to stabilise. SMM will pay attention to the progress of power cuts in Yunnan. 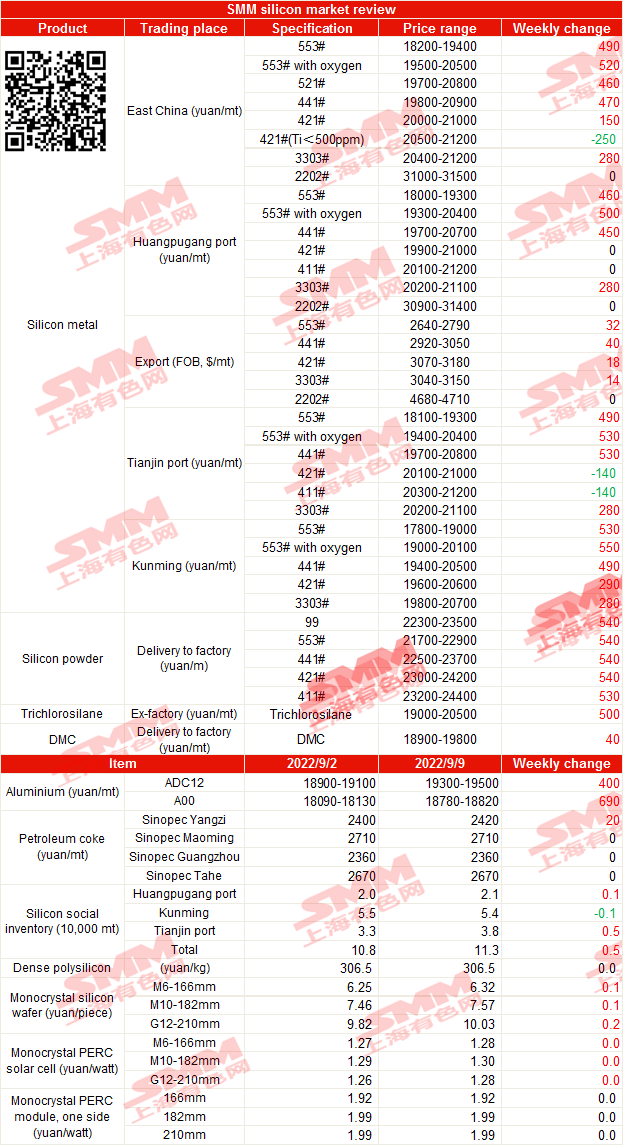