CST
Source:SMM
The overall copper prices in July fell first and then rose, and rebounded sharply in the second half of the month. Some domestic manufacturers require the downstream to settle based on the average price in a certain period in July rather than the entire month, meaning that the downstream has stronger bargaining power over the processing fee. 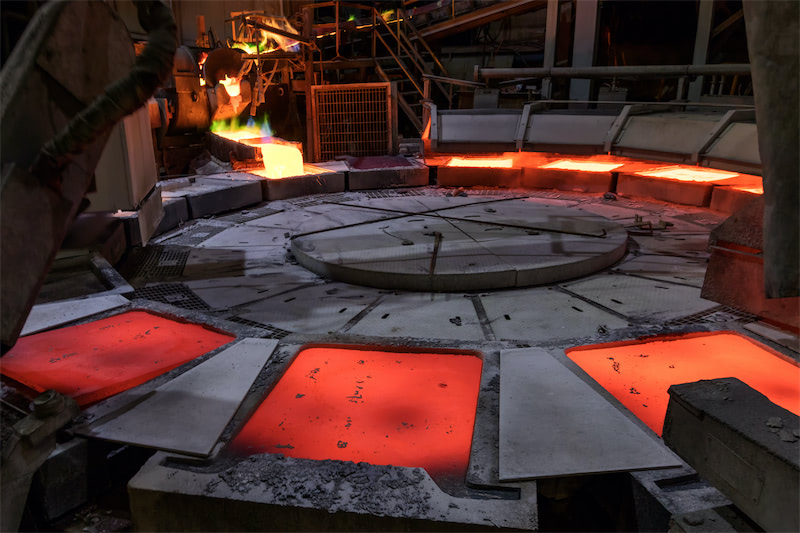 The overall copper prices in July fell first and then rose, and rebounded sharply in the second half of the month. Some domestic manufacturers require the downstream to settle based on the average price in a certain period in July rather than the entire month, meaning that the downstream has stronger bargaining power over the processing fee. Under the background of excess market supply and competition in low price, the processing fee of lithium battery copper foil has dropped slightly. But as the demand continues to pick up, how will copper foil processing fees evolve in the future?

According to SMM, top-tier domestic manufacturers (with a market share of over 80%) are expected to present double-digit growth in shipments in the third and fourth quarters. In the first half of the year, the pandemic significantly hit the automotive industry chain and dampened the demand for lithium batteries. The demand for 6μm copper foil dropped as well, hence the production was either reduced or transformed, resulting in lower-than-expected lithium battery copper foil shipments. In the second half of the year, as the pandemic has been brought under control, the lithium battery industry chain has recovered rapidly, and the previous suppressed demand of lithium battery manufacturers was gradually released.

From the perspective of battery model, SMM expects the output of ternary lithium batteries to be 32 GWh in the third quarter, and LFP batteries 111 GWh, an increase of 28% and 61% from the second quarter respectively, which will lift the demand for lithium battery copper foil to exceed 30,000 mt (not considering factors such as inventory for the time being).

From the perspective of the supply, a total of around 140,000 mt of lithium battery copper foil capacity will be put ino production in the second half of 2022. Most of the factories under construction have been completed, and the equipment is in the stage of commissioning. After taking into account the production expansion cycle from trial production, official production to ramp-up in the second half of 2022 as well as the ramp-up of commissioned capacity in the first half, the lithium battery copper foil production could reach 170,000 mt the highest theoretically, up 28% or 37,000 mt from the first half.

In terms of the supply and demand of lithium battery copper foil, the situation of excess supply in the second half of the year will ease, and the bargaining power of foil manufacturers will enhance. SMM expects that the processing fee of 6μm lithium battery copper foil will be stable as a whole in September. The processing fees of foil with good matching will be 35,000-37,000 yuan/mt, and that with poor matching be 38,000-40,000 yuan/mt.

All
MOST POPULAR
1.SMM Review of Pre-Holiday Base Metals Market and Prospect
2.National Day Holiday Notice
3.China Weekly Inventory Summary and Data Wrap (Sep 30)
4.CSPT Set the Spot Copper Concentrate TC in the Fourth Quarter at $93/mt
5.SMM Morning Comments (Sep 22): Base Metals Closed Mostly with Losses amid Firm Rate Hikes in US
Shanghai Metals Market
Privacy PolicyCompliance CentreSMM Credit ServiceContact UsAbout UsTerms & ConditionsSitemap
Notice: By accessing this site you agree that you will not copy or reproduce any part of its contents (including, but not limited to, single prices, graphs or news content) in any form or for any purpose whatsoever without the prior written consent of the publisher.