The overall operating rates of the polysilicon changed little on the month. The project of GCL in Baotou with 100,000 mt of polysilicon capacity was put into operation in July. The mainstream transaction prices of dense polysilicon stood at 289-308 yuan/kg. Grinding plants continued to restock and mainly purchased the low-grade 4 and 5 series silicon.

The silicone prices slightly increased this week. As the monthly contract of 421# silicon has not yet been signed, most silicone monomer companies digested their inventory and purchased in the form of small orders. The prices of DMC on Friday was 19,800-20,300 yuan/mt. It is expected that the DMC prices may fluctuate sideways in the short term and the operating rates of silicone monomer enterprises may increase slightly in August. 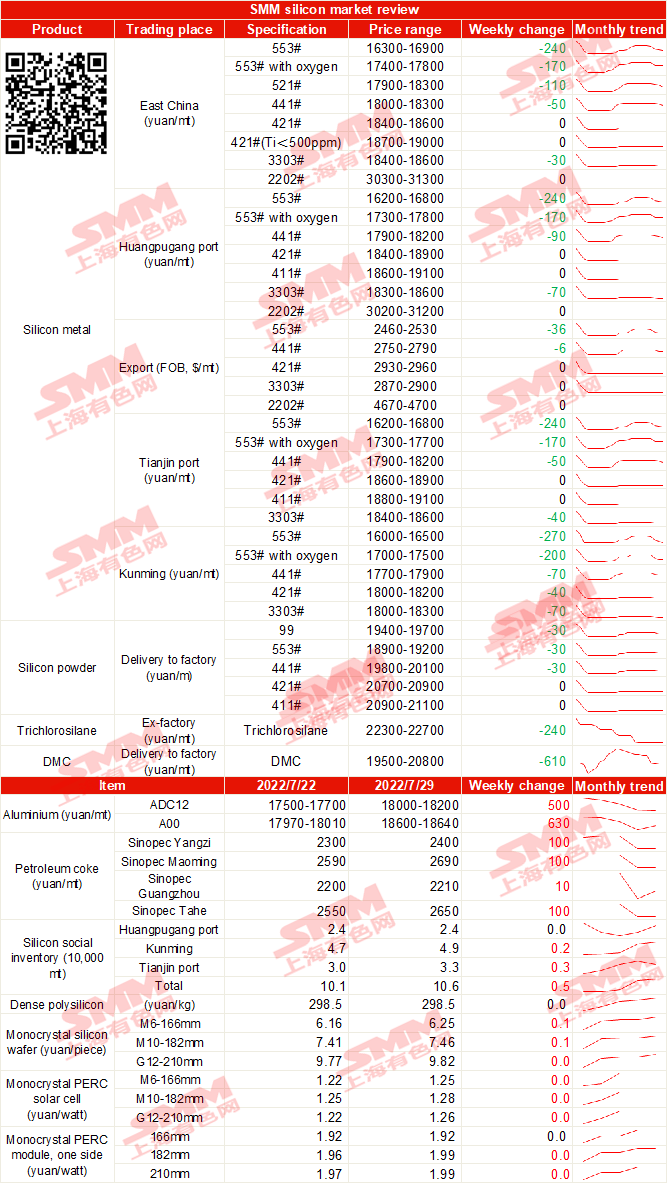 China Silicon Metal and Polysilicon Export/Import Readings in Mar
According to General Administration of Customs, China exported 71,800 mt of silicon metal in March 2022, up 62% MoM but down 11% YoY. The combined exports in the first quarter of 2022 totalled 179,700 mt, down 7% YoY.