CST
Source:SMM
According to SMM statistics, domestic silicon wafer capacity is expected to increase by 122.5GW in 2022 on top the total capacity about 398GW at the end of 2021. In positive scenario, installed capacity of PV is likely to rise by 240 GW in 2022, based on which the overcapacity of silicon wafers may further aggravate.

SHANGHAI, Jun 23 (SMM) - According to SMM statistics, domestic silicon wafer capacity is expected to increase by 122.5GW in 2022 on top the total capacity about 398GW at the end of 2021. In positive scenario, installed capacity of PV is likely to rise by 240 GW in 2022, based on which the overcapacity of silicon wafers may further aggravate.

SMM has learned that in 2022, with the combined push of the domestic policy and economic development, the expected new installed capacity of PV will be 80-90GW; while overseas, in the case of robust development in the fossil energy shortage and renewable energy sectors, 150GW of installed PV capacity will be added, which equals to a total added demand for silicon wafers at 288GW. Meanwhile, as China's silicon wafer production capacity takes up more than 98% of the world's total, it is projected that there will be a further surplus of silicon wafer capacity in 2022. 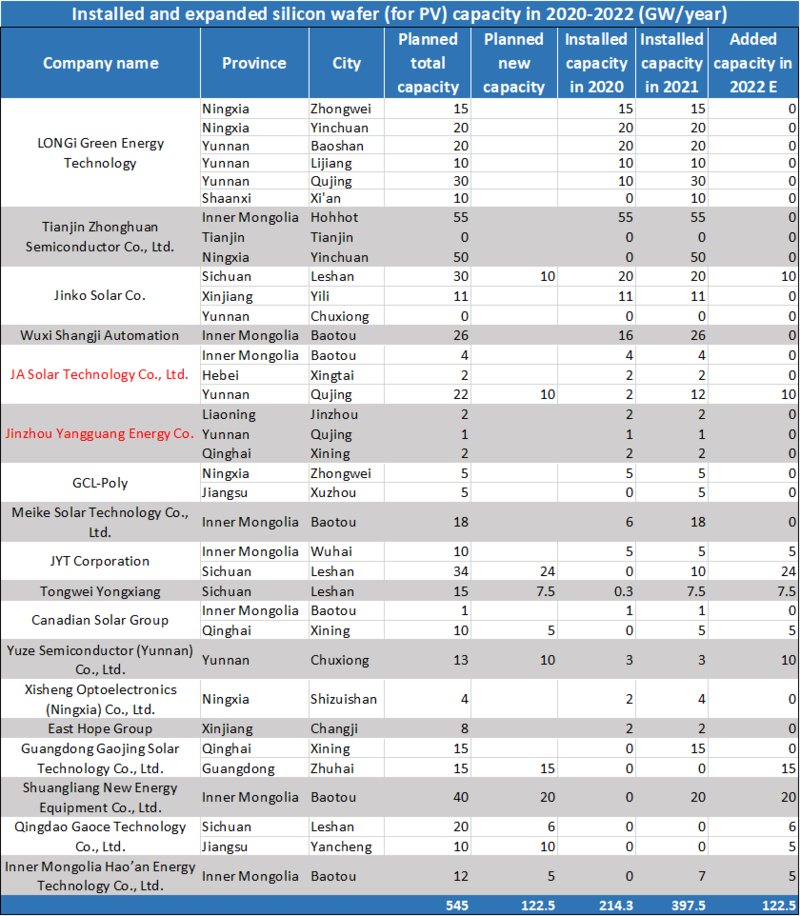 According to SMM understanding, by the end of 2022, the gross production capacity of 182mm wafers or above will reach more than 400GW, accounting for nearly 80% of the total.