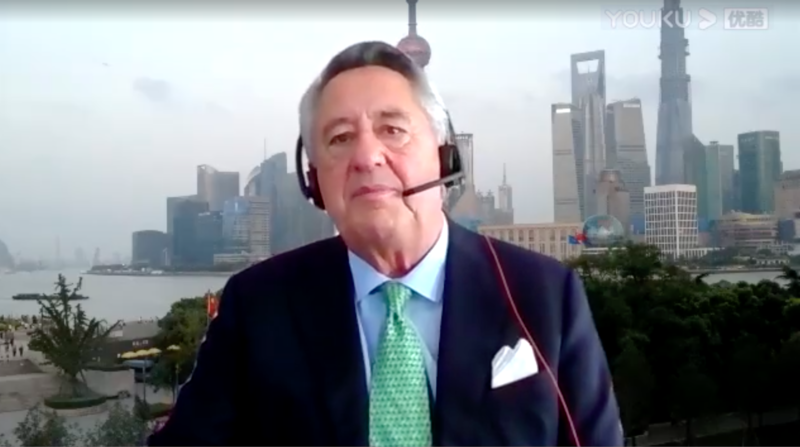 In his keynote address entitled “Base Metals: A Cornerstone for Today´s and Tomorrow´s Global Changes”, Targhetta shared his views about the long-term demand for nonferrous and ferrous metals.

“Zinc consumption growth rates in China and other regions are expected to extend beyond historical norms due to the emergence of new end-use such as the use of zinc as a micro-nutrient in agricultural fertilizers,“ Targhetta said.

Zinc continued to post strong gains, reflecting the steady growth in China whilst the rest of the world is struggling from recovery from the COVID-19 pandemic led economic slump. Expectations of a surge in government’s construction and infrastructure spending in China have boosted the demand outlook for zinc (used in galvanizing steel) and steel.

Similarly, as steel is considered an early use metal, particularly in construction and infrastructure, Targhetta thinks that “strong initial growth rates are gradually replaced by stable-to-negative growth over time as an economy matures.” Will copper supply catch up with demand?

Speaking specifically about the copper sector, Targhetta said that there are 3 key trends to transform the copper market: urbanization & household electrification, energy transition and electric vehicle.

“Copper production expected to decline by 2.1% this year, which is the disruption rate above average level. Several projects under construction were delayed due to Covid-19, but development has resumed. Base case copper production is likely to decline on depleting reserves and declining grades,” he said.

On the supply-side, Covid-19, the Chilean labour relations, Peruvian social unrest, as well as resource nationalism in Africa and Asia remain as the key factors to look out for, while long-term requirements for mine supply remain. This include projects under development to meet future copper demand. 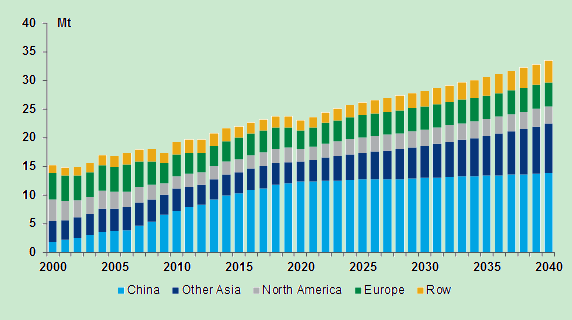 As for recycled metals, Targhetta sees the growth potential of scrap metals, as recycling is a key part of a de-carbonized world as it uses less energy than primary production and reduces carbon dioxide emissions

“Arising with urbanization growth and the move to a low-carbon economy, scrap is a vital component of metals supply. Copper scrap accounted for over 31% of total copper consumption in 2019; however, its contribution has been as high as 40% at certain points in the cycle.”

On the lithium Market Outlook, Targhetta expects by 2040, lithium demand from EVs is expected to be three times the entire lithium market in 2019.” EVs are the largest and fastest growing sector for lithium demand, which grew by more than 9% YoY in 2019, with nearly 95% attributable to the battery sector.”

Macro environment remained loose, improved consumption boosted zinc prices
Overseas macroeconomic news continued to be positive last week. Fed Chairman Powell made a speech to downplay the risks of inflation and economic overheating, and said that the US market was still a long time away from recovery.

All
MOST POPULAR
1.SMM Chinese New Year Holiday Notice
2.China Weekly Inventory Summary and Data Wrap (Jan 20)
3.SMM Morning Comments (Jan 20): Base Metals Closed Mixed on Cooling Expectations for Rate Hikes
4.SMM Morning Comments (Jan 30): Base Metals Closed Mostly with Losses on Rising US Dollar
5.Copper Prices to Be Subject to Follow-up Consumption post CNY Holiday
Shanghai Metals Market
Privacy PolicyCompliance CentreSMM Credit ServiceContact UsAbout UsTerms & ConditionsSitemap
Notice: By accessing this site you agree that you will not copy or reproduce any part of its contents (including, but not limited to, single prices, graphs or news content) in any form or for any purpose whatsoever without the prior written consent of the publisher.