SMM Network News: September 23rd 4 30, the eye-catching annual shareholders' meeting of Tesla and Battery Day activities were held at the factory in Fremont, California, as promised. This is the first time that Tesla held a press conference specifically on battery technology. The following will update the live broadcast of picture and text for you in real time.

(it is being updated continuously, please stay tuned.)

The release activity of Tesla Battery Day ended at 7:20. 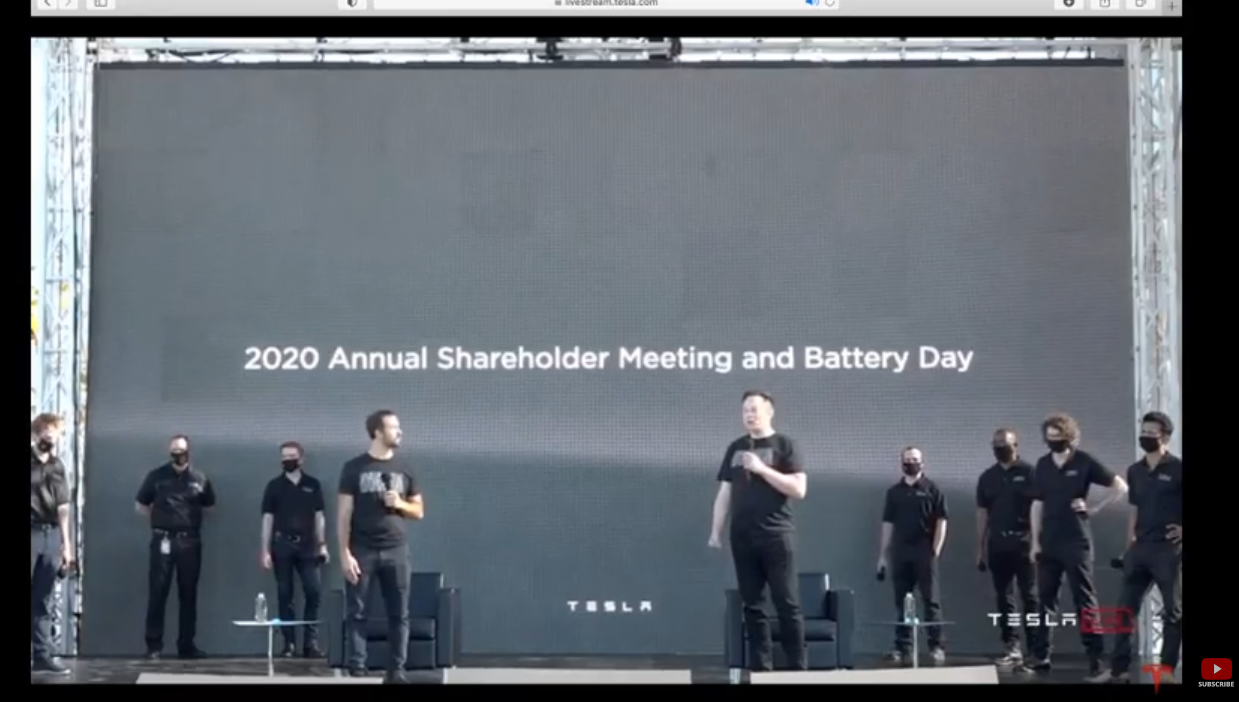 In response to a question at 7:15, Musk said Tesla would focus on maintaining meagre profits and transferring the cost savings to customers to make it easier for them to afford Tesla electric cars.

At 7:13, Musk said that Tesla will work with Tidal Music streaming system. Musk also said that Tesla had signed an agreement with Tencent to improve the function of in-car games.

In response to a question at 7:12, Musk said Tesla may overproduce batteries and supply them to other automakers.

At 7:10, Tesla's shares fell 5.6 per cent in after-hours trading. Foreign media analysis said that the market for Tesla battery date may be too high, may be Musk did not mention the market generally expected millions of miles of battery disappointed. 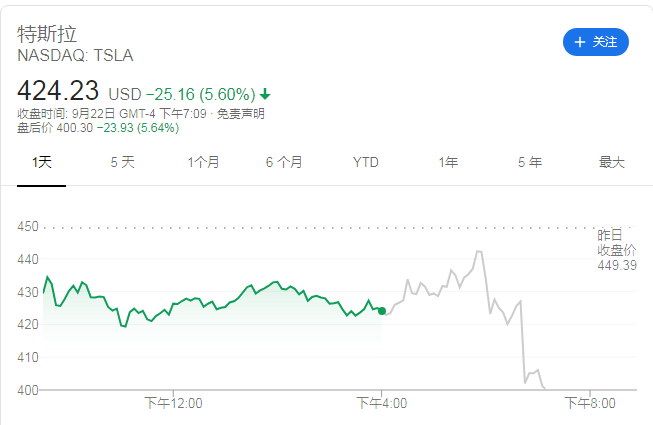 In response to a question at 6:58, Musk said that with regard to household HVAC systems, they may do so next year.

At 6:50 Musk's introduction on battery technology ended. Now let's move on to the live question and answer session. 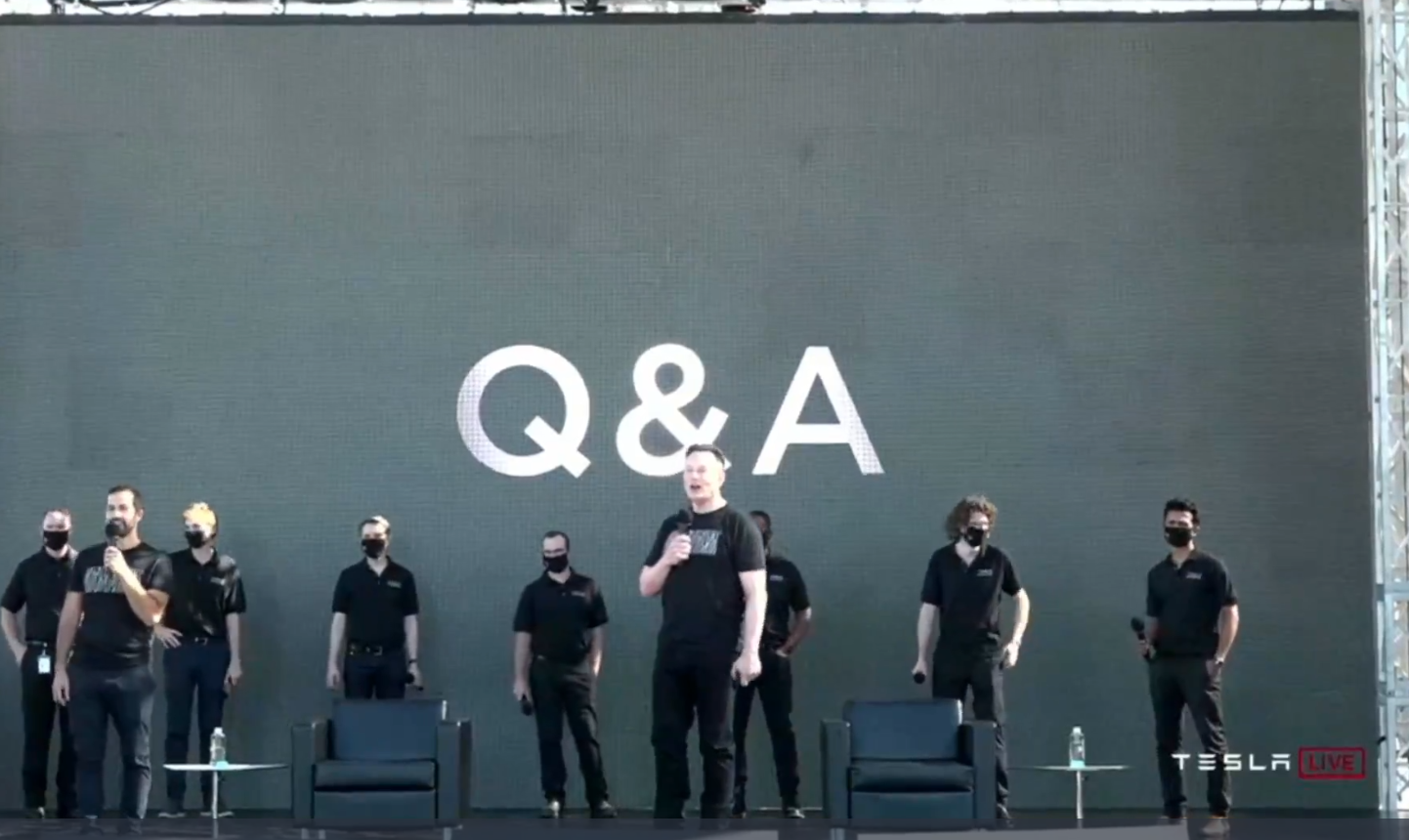 6:44 [Model S delivery date is scheduled for more than 520 miles by the end of next year]

Tesla announced that the Plaid version of Model S will be available now (in the United States), with delivery scheduled for the end of 2021. This will be Tesla's longest mileage so far, with more than 520 miles (836km). The performance of the model reaches the level of a sports car and can accelerate to 160 mph in less than 2 seconds. The regular version of the model sells for $89490 and the three-motor version costs $134490.

Tesla CEO Elon Musk said that in about three years, he is confident that he will be able to build a very attractive fully self-driving car at a price of $25000. At the same time, it hopes to produce about 20 million cars a year, but this may take 1-3 years to achieve.

6:40 [Tesla will reduce the cost per kilowatt hour by 7% by embedding the battery directly into the car structure]

Musk said the battery would be built directly into the car structure, an innovation inspired by the fuel tank on the wing of the aircraft. The structural battery will reduce the overall weight of the vehicle. This will reduce the total number of parts required (by 370 parts) and speed up production. And most importantly, it will reduce the cost per kilowatt-hour by 7%.

Musk said the company plans to take over and recycle its own batteries. Tesla will start the process at a factory in Nevada. Currently, Tesla and other companies rely on third-party providers to provide this recycling service. The long-term plan will enable Tesla to make new batteries from old batteries, thereby improving the environmental impact.

6:31 [Musk: to build a cathode production plant in North America] Tesla announced the establishment of a cathode production plant in North America and a lithium conversion plant there. Musk stressed that lithium is a widely available resource and one of the most common resources on earth. Nevada alone is enough to power all vehicles in the United States. The company has been granted the right to exploit a lithium-bearing mine in the soil of Nevada in the United States.

6:25 [completely cobalt-free! Tesla will use 100% nickel batteries in energy-intensive models]

Musk announced that they would switch from the "cobalt" model to the "nickel" model. This solves the problem raised earlier. This can also improve efficiency. In the energy-intensive model (Cybertruck/Semi), Tesla will use 100% nickel support, while other models will use a combination of nickel and other chemicals. This ensures that mass production is possible. Musk reiterated that he wants more people to mine nickel.

6:18 [Musk: a brand new raw silicon material will be used to make batteries]

'We will use raw silicon on the anode to make batteries on a large scale, 'Mr. Musk said. The raw silicon anode process costs only $1 per kilowatt-hour and increases mileage by 20%. 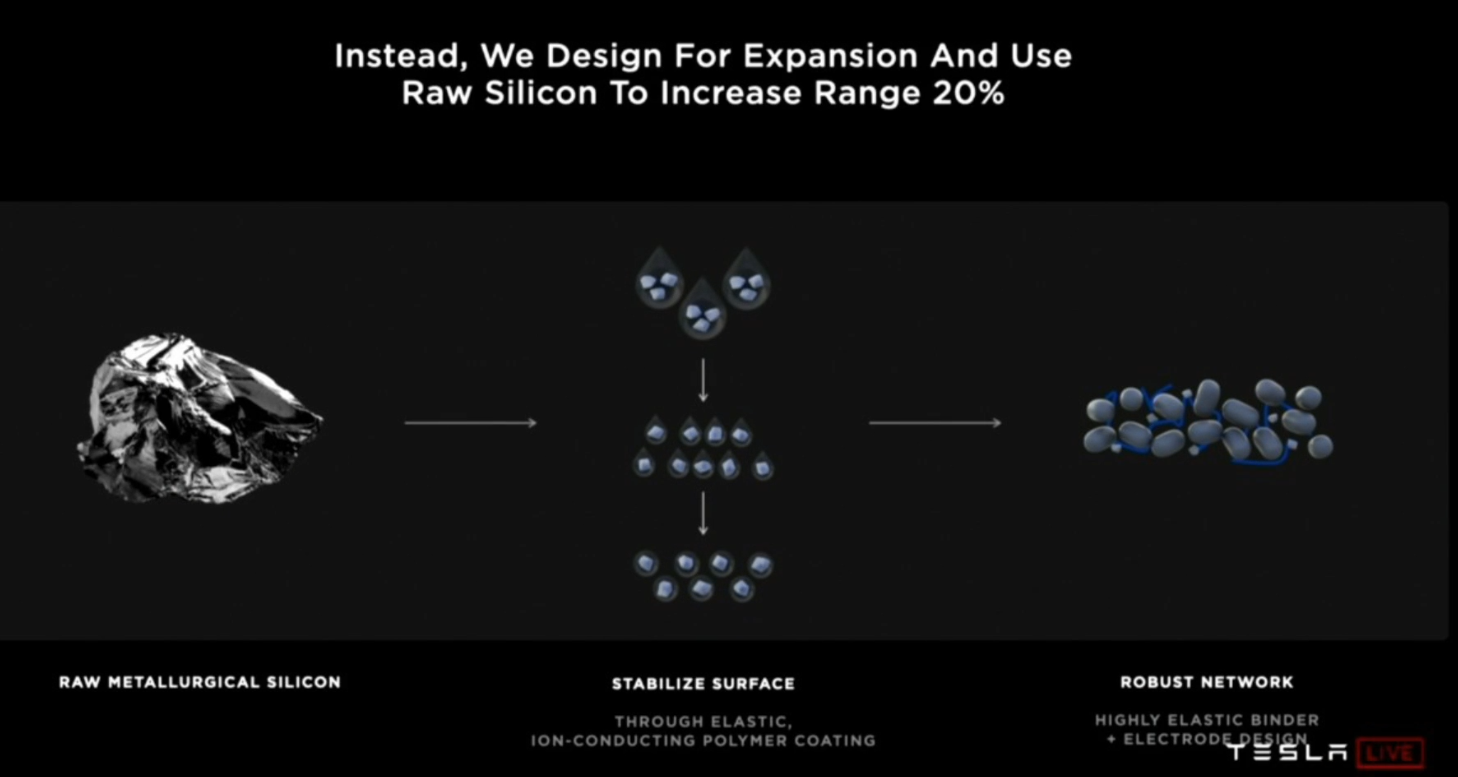 5:57 [Musk: Tesla will double the diameter of the battery]

Musk said that the size of Tesla's battery has increased from 1865 to 2170 (the first two digits are diameter and the last two digits are length) and will now increase to "4680". The new "4680 battery" will take about a year to reach 1 gigawatt of capacity, but Tesla is considering increasing it to 2 gigawatts a year. The change in appearance alone can reduce the cost per kilowatt-hour by 14%, but Tesla has not yet done so. The design of the electrodeless ear will make the travel path of the electron shorter, solving one of the biggest problems of increasing the diameter of the battery. This makes the battery module easier, faster and continuously produced. 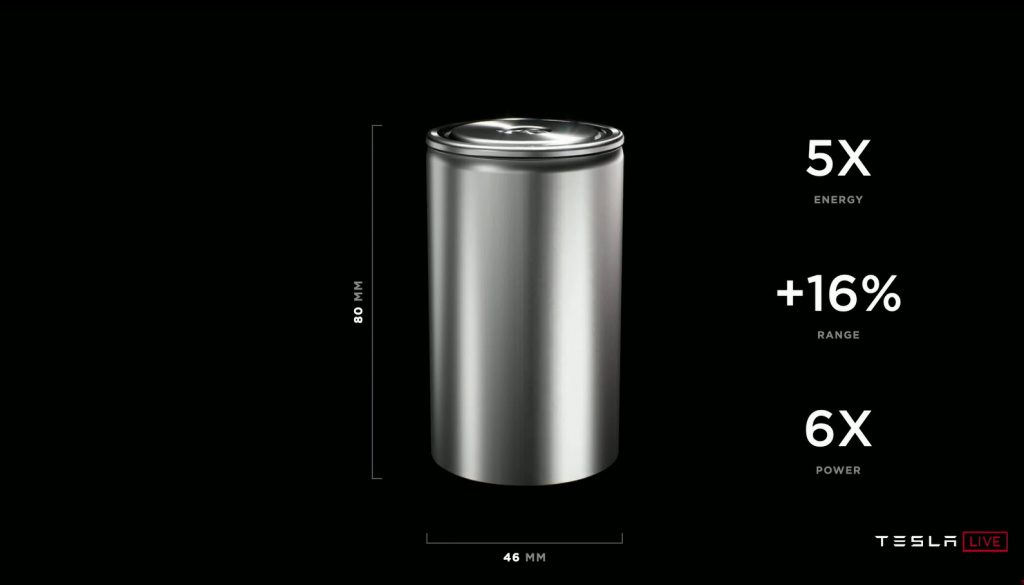 5:50 [Musk: Tesla plans to halve the cost of battery production]

Mr Musk says they will build a car at a reasonable price, but the cost of the battery must be reduced. Early progress is good, but the downward curve is leveling off, so they need to rethink the issue. Tesla plans to halve the cost of production.

5:25 [Musk: a beta version of the fully autopilot system Autopilot will be released in the next month or so]

Musk says the industry average for autopilot is 2.1 accidents per million miles, while the probability of accidents with Tesla Autopilot, is only 0.3 per million miles. Musk said he believes Tesla's self-driving vehicles are 10 times safer than humans.

5:18 [Musk: I hope to have Tesla factories on every continent in the world]

'our vision is to have our factories on every continent, 'says Mr Musk. This ensures the company's liquidity and delivery cycle activities. At present, we already have factories in China, two factories in the United States, and factories in Europe. We hope to set up factories in Australia in the future.

'The return of Tesla in the past year is relatively satisfactory, and I believe it will be very good in the future, 'Mr. Musk said. In the past year, in terms of factory expansion, our team in Shanghai built a factory within 15 months. We, Tesla, are the only 100% foreign-funded car company in China. We expect the Shanghai factory to achieve its annual production target of 1 million vehicles.

The shareholders' meeting ended at 5:10 and the much-anticipated "Battery Day" began. Tesla CEO Elon Musk took the stage and began to speak.

The shareholders' meeting of Tesla starts at 4:45. Tesla shareholders voted offline and online on a number of corporate issues. 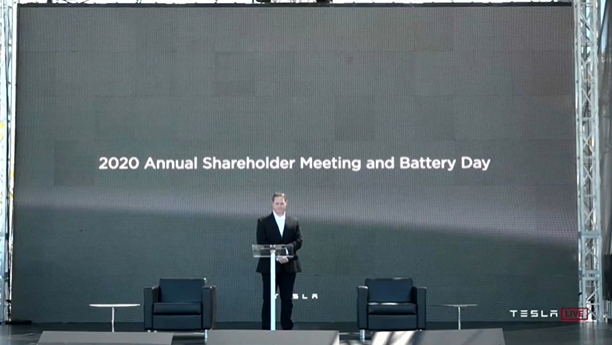