CST
translation
Source:SMM
Non-ferrous metals rose sharply in the morning, and Federal Reserve Chairman Colin Powell said on Friday that the US non-farm payrolls report for August was "good", but hinted that the Fed would maintain ultra-loose monetary policy for several years, stimulating optimistic expectations in the market. And the US index rebound space may be limited, the superimposed central bank continues to release liquidity, under the non-ferrous plate is still supported.

SMM9 March 7: non-ferrous metals rose sharply in the morning, and Federal Reserve Chairman Colin Powell said on Friday that the US non-farm payrolls report in August was "good", but hinted that the Fed would maintain ultra-loose monetary policy for several years, stimulating market optimism. And the US index rebound space may be limited, the superimposed central bank continues to release liquidity, under the non-ferrous plate is still supported.

Shanghai copper rose 2.18%. Us non-farm data in August were lower than expected, but the unemployment rate was 8.4%, rebounding for the fourth month in a row and market optimism heightened. The Fed's easing further spurred copper prices higher. In terms of fundamentals, LME inventories hit an all-time low again, and falling inventories also played a key role in the recent price rise. The tight supply pattern at the mine end remains unchanged and is expected to continue to support copper prices.

In terms of nickel, the rebound in the dollar index put pressure on non-ferrous metals, but basically there is still support in the face of nickel prices, domestic nickel ore inventories are still low, and the tight pattern of nickel ore supply has not been alleviated. And the Philippines is about to enter the rainy season, nickel iron factory stock enthusiasm is high, nickel ore prices are strong.

Precious metals stabilized and rebounded today, as the industry believes that the continued growth in non-farm payrolls data is more due to temporary hiring, and that about 1/4 of the new jobs come from government employment, and the persistence of high non-farm payrolls growth is in doubt. At a time when markets are worried about the future, if the jobs data show signs of deteriorating, the Fed's balance sheet may have to expand again. In addition, although the two parties in the United States are deeply divided on the new stimulus bill, it is possible to reach a deal. Therefore, under the background that the economy has not yet returned to normal, the trend of precious metals is still worth looking forward to.

In terms of black, iron ore rose 0.82%, thread fell 0.05%, and hot coil fell 0.41%. Iron ore due to the Tangshan area is still strictly expected to limit the production of environmental protection, the demand side may be difficult to see further increment, the disk is under short-term pressure. Hot coil supply side, production is high consolidation and there is still room for increment, the risk of subsequent increase in supply pressure can not be underestimated. On the demand side, it is restrained by high prices in the short term, and the overall release is lower than expected, short-term or difficult to release. The fundamentals of hot rolls show a marginal weakening trend. However, it does not rule out the possibility that in the short term, driven by the news surface and threads, a small shock uplink. In addition, customs data today show that in the first eight months, China imported 760 million tons of iron ore, an increase of 11 percent, an average import price of 652.4 yuan per ton, a drop of 0.2 percent, 368 million tons of crude oil, an increase of 12.1 percent, and an average import price of 2306.4 yuan per ton, down 30.1 percent. 221 million tons of coal, up 0.2 percent, and the average import price was 493.5 yuan per ton, down 8.4 percent. 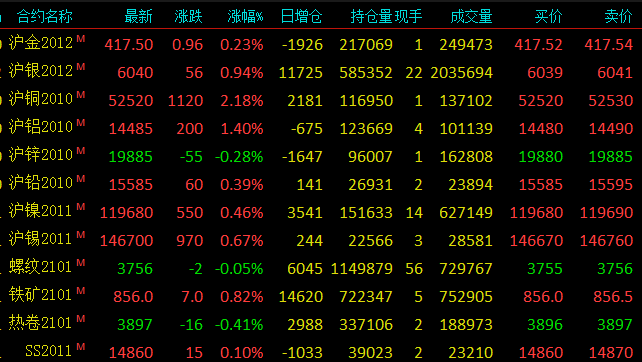