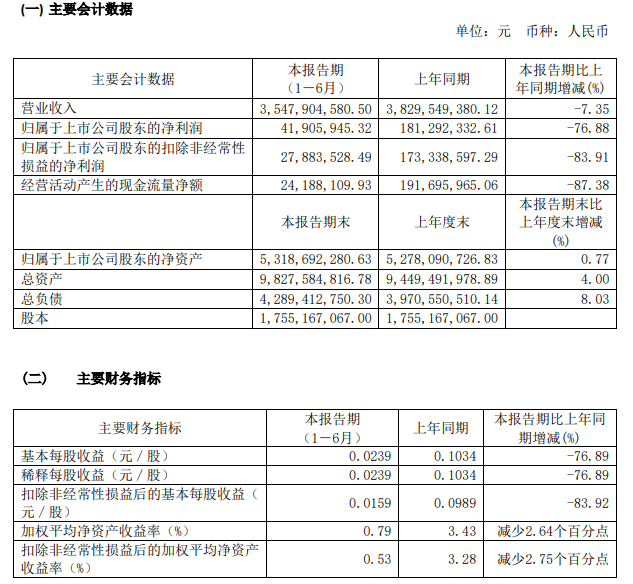 Shenghe Resources also said in the semi-annual report that the COVID-19 epidemic and the tense international situation have brought tremendous pressure and challenges, suspension of production and sluggish demand, which have seriously affected the production and operation of enterprises. In the rare earth sector, except for dysprosium, terbium and other heavy rare earth products, the prices of other major rare earth products remained low in the first half of the year, which adversely affected the company's profitability. Zirconium and titanium business plate, affected by the epidemic, the operating rate is insufficient, production and sales volume decreased significantly compared with the same period last year. However, after entering the second quarter, with the resumption of work and production, the company's operating situation has been gradually improved, especially after June, the prices of major rare earth products such as praseodymium, neodymium and terbium have gone out of the rising market, which will play a positive role in the company's business performance in the future.