According to country data, Chinese aluminum cables were exported to a total of 113 countries in the first half of 2020, of which six countries accounted for more than 5% of the exports, namely, Pakistan, Cambodia, Myanmar, Brazil, Peru and South Korea. Pakistan accounted for the largest share, around 22.29%, followed by Cambodia with 7.45%. See the picture below for details. From the point of view of the distribution of exporting countries, it is mainly concentrated in Central Europe, Southeast Asia and Africa. 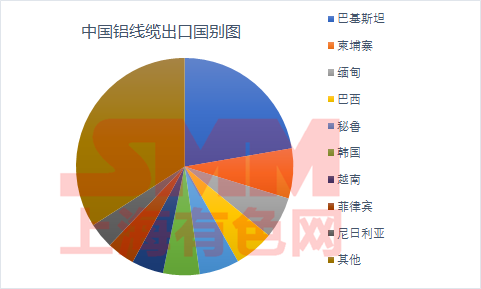 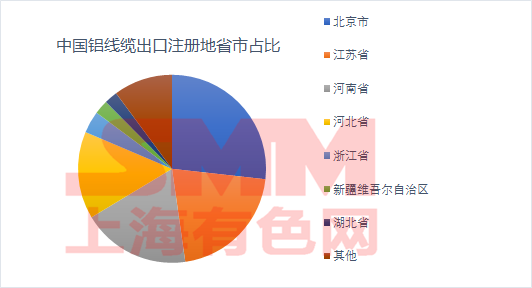 According to SMM, the export of aluminum cable enterprises has been affected to a certain extent in the context of this year's epidemic. Some enterprises said that export orders in Southeast Asia, such as India, have decreased, but because the epicenter of the foreign epidemic is in Europe and the Americas, the main export areas of aluminum cables, Central Europe, Southeast Asia, and Africa, are relatively limited, and the exporting countries are relatively scattered. The degree of frustration is not as obvious as that of products with relatively high exports such as aluminum strip and aluminum foil. (SMM Xu Man 021-51595898)