CST
translation
Source:SMM
In June 2020, the total export volume of ternary precursors was 5624 tons, down 15.4 percent from the previous month and an increase of 7.4 percent over the same period last year. Exports totaled 41922 tons from January to June, an increase of 40.3 percent over the same period last year. Due to the high inventory backlog of European car companies, Japan and South Korea battery enterprises and Sanyuan material enterprises, the demand for precursors has not yet recovered, and the export volume declined month by month in May and June. The electrification of the European market has accelerated obviously this year, and the effect of overseas destocking has begun to be reflected recently. The export volume of precursors is expected to increase month-on-month in July and August.

SMM July 27th: in June 2020, the total export volume of ternary precursors was 5624 tons, a decrease of 15.4 percent from the previous month and an increase of 7.4 percent over the same period last year. Exports totaled 41922 tons from January to June, an increase of 40.3 percent over the same period last year. Due to the export restrictions and low operating rate affected by the domestic epidemic from January to February this year, the export volume has decreased. By March, all provinces and cities resumed work and production one after another, the customs was unobstructed, and the backlog of overseas orders shipped together led to a substantial increase in export volume in March. It gradually returned to normal in April, but overseas outbreaks began to break out, resulting in a gradual decline in export volume in May and June.

In terms of export provinces and cities, Guangdong Province accounted for the highest share, reaching 32% in May, while Hunan Province accounted for the largest share, reaching 39% in June. Compared with May and June, the export volume of Guangdong Province, Hubei Province and Henan Province decreased more, falling by 45.9%, 38.6% and 51.8% respectively from the previous month. Mainly due to the high inventory of overseas customers, the purchase volume has decreased. In addition, the export volume of Hunan Province, Jiangsu Province and Zhejiang Province all increased in June, especially in Zhejiang Province, which increased by 50.2% month-on-month, mainly due to a change in the proportion of overseas customers purchasing precursor enterprises. 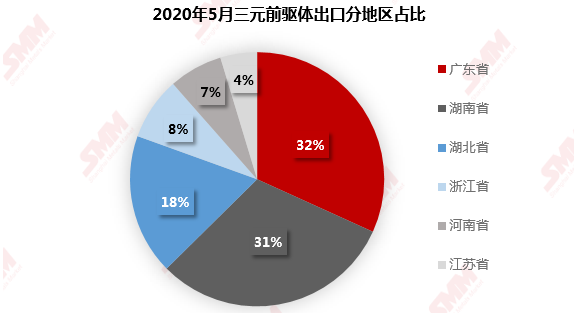 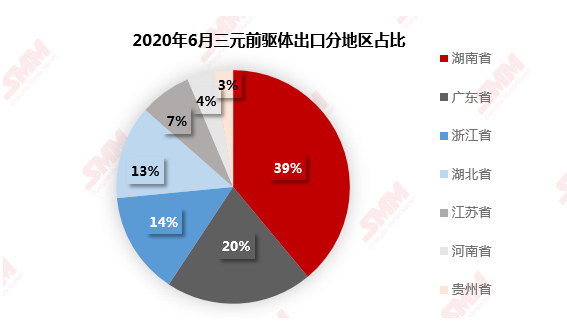 From the point of view of the exporting country, the Sanyuan precursor factory is mainly exported to South Korea, accounting for 100% of the total. The precursors are mainly exported to South Korea, such as LGC Chemical, Samsung SDI, Ecopro and other companies, and the downstream terminal market is mainly the European market. At present, most popular electric vehicles in overseas markets are equipped with LG chemical batteries, such as Volkswagen e-up, Renault ZOE, Hyundai KONA, Jaguar I-PACK and so on. In addition, Volkswagen e-golf and BMW i3 are also equipped with Samsung SDI batteries. 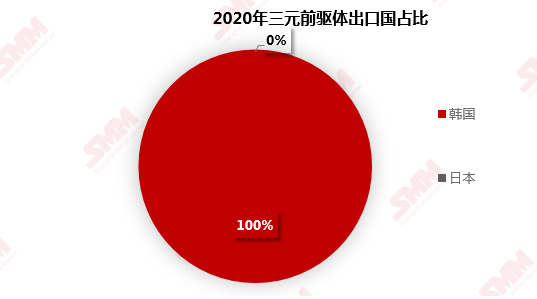 From the perspective of overseas markets, the sales of new energy vehicles in the European market repaired quickly in May and June, but due to the high inventory backlog of European car companies, Japanese and South Korean battery enterprises and ternary material enterprises, the demand for precursors has not yet recovered, and the export volume has declined month by month. The electrification of the European market has accelerated obviously this year, and Volkswagen, Daimler, BMW, Jaguar Land Rover and other car companies have also accelerated the layout of the electric vehicle industry chain this year. According to industry customer feedback, export orders for precursors began to increase in August, the effect of overseas destocking began to be reflected, and the export volume of precursors is expected to increase month-on-month in July and August.

We are pleased to provide the whole market with the newly launched SMM China Cobalt Lithium New Energy Weekly (click to view) to help you keep track of the weekly hot spots of China's cobalt lithium new energy industry chain and gain an in-depth understanding of market supply and demand changes and price trends. 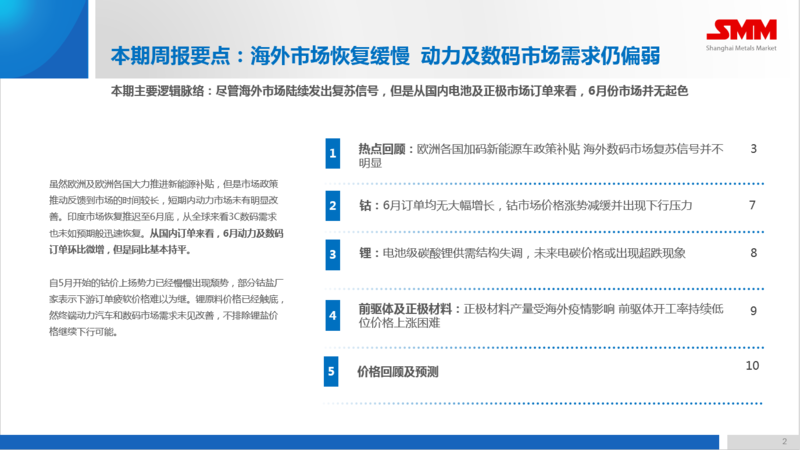 In SMM China Cobalt Lithium New Energy Weekly, you can learn about the price, output, capacity, operating rate and inventory changes of each product in the cobalt and lithium industry chain. We will also track the demand changes and national policies of the global lithium battery terminal market (including new energy vehicles, 3C consumer electronic products, etc.) to give a comprehensive overview of the cobalt lithium new energy industry chain. 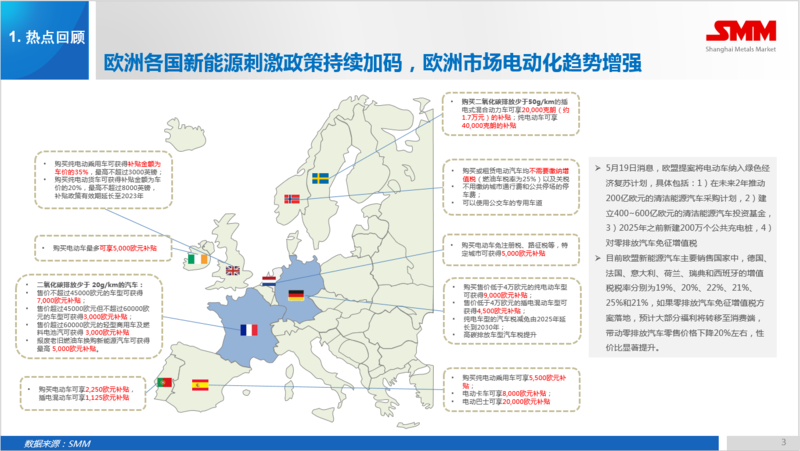 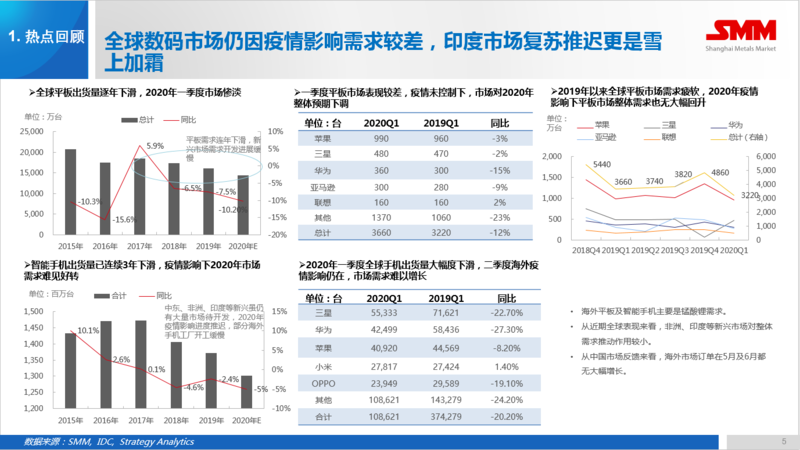