SMM7 March 23: affected by the epidemic at the beginning of the year, the market was more worried about the economic outlook, so that the price of lead fell sharply. However, in the later period, due to the epidemic and price factors, the forced closure of overseas mines increased, coupled with the recovery of domestic consumption, the world also began to release a large amount of money to prop up the economy, and zinc prices staged a V-shaped rebound. In July, lead and zinc prices all broke through the price finishing range. Zinc prices once rose nearly 2, 000 yuan in four transactions, the highest approaching 18500 yuan / ton, and lead prices once reached a new high so far this year. How will the price of lead and zinc be interpreted in the future? How will the supply and demand of domestic lead and zinc market develop? 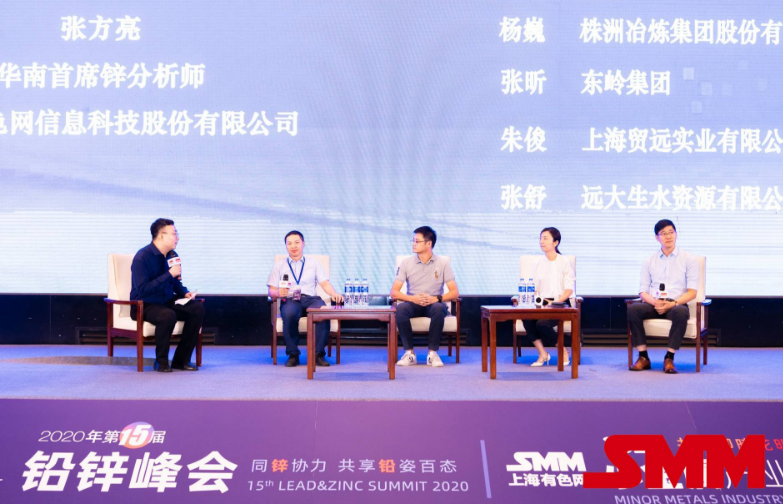 The early epidemic of SMM: has led to the suspension of production in overseas mines one after another. Where will the imported and domestic mines TC go in the third and fourth quarters?

Yang Wei: due to the impact of the epidemic in the first half of 2020, imported mines are in a tense state. Later, due to the recovery of the epidemic, imported mines have arrived in Hong Kong one after another. On the domestic side, as the subsequent epidemic situation has been brought under control, the shortage of mine supply has been alleviated, and the raw material inventory level of the smelter has returned to normal, so processing fees have rebounded slowly.

Zhang Xin: the supply of zinc ore is tight in the first half of 2020. Mainly affected by the epidemic situation, the speed of resuming work and production of domestic mines is relatively slow, while the replenishment of overseas imported mines for the domestic is also limited. At present, due to the control of the domestic epidemic situation and the gradual resumption of the economy overseas, mines are in the process of resuming work and production, the shortage of domestic mine supply is basically over, the inventory level of smelters is about a month or so, and domestic zinc concentrate processing fees have hit bottom and rebounded. Overseas, South American mines have resumed production one after another, but the degree of recovery of imported mines still depends on the development of overseas epidemics.

SMM: 's "new infrastructure" has been mentioned repeatedly this year. How is the boost to domestic zinc consumption?

Zhang Xin: the new infrastructure accounts for a small proportion of zinc consumption, so the promotion of downstream zinc consumption is limited, but the future trend is good.

Zhang Shu: from a fundamental point of view, the trend of zinc consumption in the first half of the year is weak, mainly due to the impact of exports. With the gradual restart of the overseas economy, superimposed relevant national policies to stimulate infrastructure development, zinc consumption gradually recovered in the second half of the year. Overall, in the context of macro water release, superimposing the recovery of long-term consumption, in the medium to long term, I think zinc prices are easy to rise but difficult to fall.

Zhang Xin: in terms of fundamentals, zinc fundamentals are weak, but due to the expected superposition of infrastructure construction and the state's stimulus policy during the epidemic, the start of construction of a large number of roads and other projects supports zinc consumption to a certain extent, and zinc consumption is expected in the future. therefore, zinc prices are easy to rise and difficult to fall in the future.

SMM: recycled lead occupies an important position in recent years. What is the production process of recycled lead?

Zhang Shu: since the second quarter of this year, the production capacity of recycled lead has been released gradually, but as the supply of waste batteries of raw materials is still tight, the actual release of recycled lead is limited. According to data, about 800000 tons of recycled lead was put into production in the first half of 2020, but it did not reach production.

What is SMM: 's view on the price of lead and what are the trading opportunities for lead in the future?

Zhang Shu: from a macro point of view, in the context of global water release, lead prices are easy to rise but difficult to fall. From a fundamental point of view, the impact of the epidemic increases the difficulty of waste recovery, which will affect consumption to a certain extent. On the other hand, the production capacity of recycled lead is gradually released and the supply pressure increases, which is not conducive to the price of lead. However, the tight supply of waste batteries still needs continuous attention.

Zhu Jun: I am optimistic about the lead price, mainly because the current tight supply of waste batteries superimposes the optimistic expectation of the late lead consumption season, which supports the lead price to a certain extent.