CST
translation
Source:SMM
Affected by the fiscal stimulus agreement reached by the European Union and the US Congress is speeding up the discussion of a new round of fiscal stimulus package, precious metals have risen sharply in recent days. Today, the silver 2012 contract hit the daily limit of 5123 yuan / kg. Among them, it is reported that Pan American Bank will suspend operations at two silver mines in Peru to support silver prices.

SMM7 March 22: with the recent gold price climbing to a nine-year high again, the precious metals market has once again become the focus of the market. The silver market performed even brighter, with spot silver rising to nearly $23, the highest level in nearly seven years, and the gold-to-silver ratio nearing a 10-month low. Today, the Shanghai Bank 2012 contract rose by the limit at the beginning of trading, at 5123 yuan / kg.

This round of silver price rise is mainly due to two factors. On the one hand, government central banks around the world have adopted unprecedented monetary and fiscal stimulus measures. After several rounds of negotiations, EU leaders finally reached a consensus on the economic rescue package yesterday. The European Union is preparing to set up a total recovery fund of 750 billion euros, of which 390 billion euros will be used as free grants and another 360 billion euros as loans to finance post-epidemic reconstruction in member states. There is also a tendency to increase stimulus in the United States, where Congress is studying a $1 trillion aid bill.

On the other hand, the suspension of the supply of silver mines affected by the epidemic has raised concerns. It is understood that the day before yesterday, as several workers tested positive for the new crown virus, (Pan American Silver), a precious metal mining company, is suspending its operations at the Huaron and Morococha silver mines in Peru for maintenance until it is determined that operations can be safely resumed. Pan American operates silver and gold mines in Mexico, Peru, Canada, Argentina and Bolivia. As the world's second largest producer of raw silver, it has the largest silver reserve base in the world. The Huaron mine produced 3.8 million ounces of silver in 2019, while the Morococha mine produced 2.5 million ounces of silver.

In addition, there is a surge in cases of new crown pneumonia to support the demand for risk aversion. 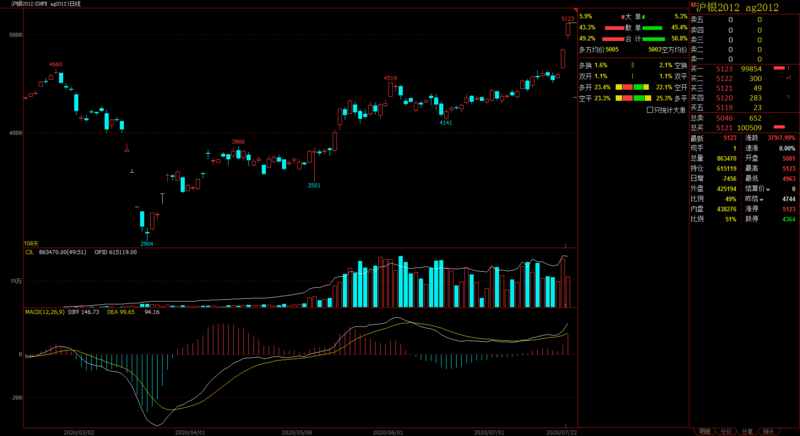 An Inside Look at 2017 for Precious Metals
Precious metals had a wild ride in 2016, launching higher in the first half of the year and then falling much of the way back to earth in the second half. Our outlook for 2017 hinges on some of the dr

CST
industry news
Why This CEO Sees $1,900 Gold, $25 Silver On The Horizon
Kitco News speaks with Guild Investment Management founder Monty Guild to find out why he thinks gold is headed to $1,900 and silver to $25 an ounce.