CST
translation
Source:SMM
On Monday morning, most commodities were green, with non-ferrous metals near shanghai aluminum up 0.67%, while shanghai zinc, shanghai lead and nickel both fell more than 1%.

SMM7 March 20: on Monday morning, most commodities were green, non-ferrous metals near Shanghai aluminum rose 0.67%, Shanghai zinc, Shanghai lead and nickel fell more than 1%. Shanghai Aluminum rose 0.67%. In terms of inventory, on July 20, SMM counted that the social inventory of electrolytic aluminum in China was 712000 tons, an increase of 4000 tons over last Thursday. The inventory in Shanghai, tin and Guangdong was small, and the inventory in Gongyi, Hangzhou and other places continued to decline. In terms of electrolytic aluminum inventory, the inventory of electrolytic aluminum increased by 4000 tons compared with last Thursday. The 2020 China Ni-Cr stainless Steel Industry Market and Application Development Forum was held in Wuxi by SMM on July 20. At the meeting, SMM Senior Nickel analyst Liu Yuqiao analyzed the market and market prospect of China's Ni-Cr stainless steel industry chain in 2020. SMM expects both nickel and stainless steel prices to have wide volatility, ferrochromium prices are relatively stable, and the price center of gravity in the second half of the year is higher than that in the first half of the year as a whole.

In terms of black, iron ore and steel both fell slightly. According to the statistics of SMM, the operating rate of blast furnace rebounded slightly in the third week of July, mainly from the end of the maintenance of some steel mills. It is expected that the operating rate will remain relatively stable this week, the demand side will continue to be high, and it will also provide strong support for iron ore. Short-term in the current high after falling, if there is no other external news stimulation, the imported mining market this week or high shock.

Crude oil fell 2.78% in the previous period. Oil prices fell on Monday, dragged down by the prospect that an acceleration in the number of new crown infections could dampen the recovery in fuel demand. Brent crude futures are now down 0.74% at $42.82 a barrel. Us crude oil futures fell 0.69% to $40.31 a barrel. 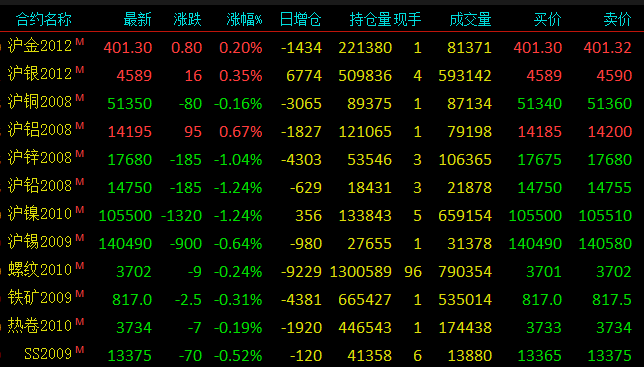