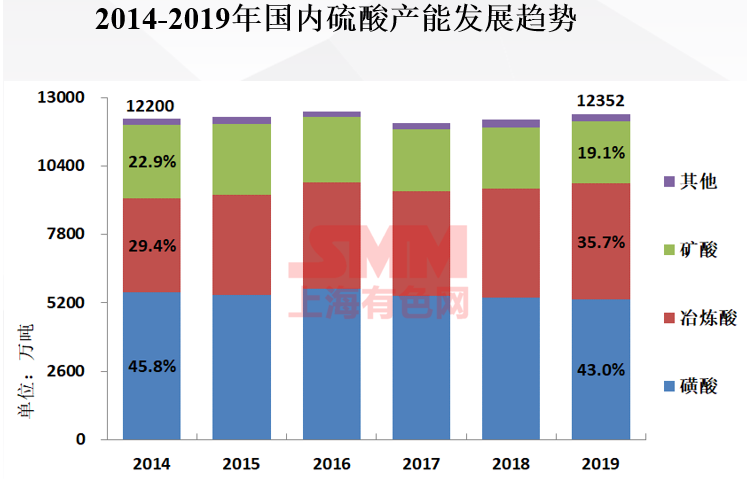 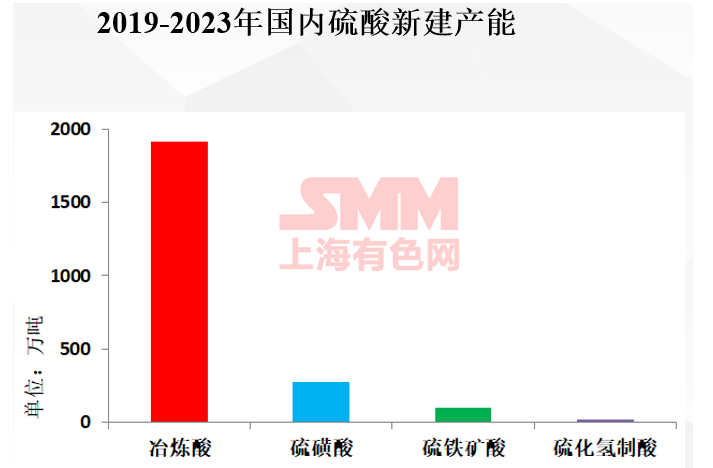 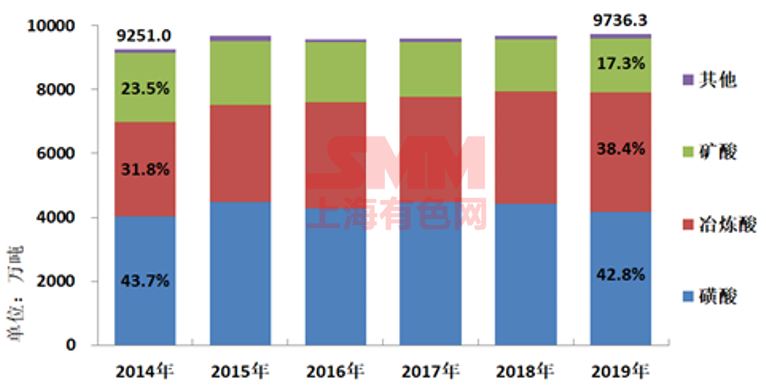 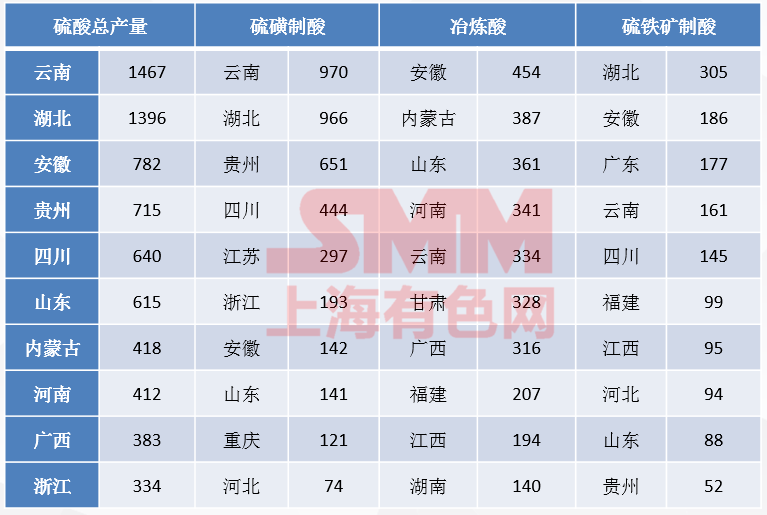 Among them, industrial acid consumption accounted for 42.9%, up 2.1 percentage points from the same period last year;

Acids used in chemical fertilizers accounted for 57.1%, down 2.1 percentage points from the same period last year. 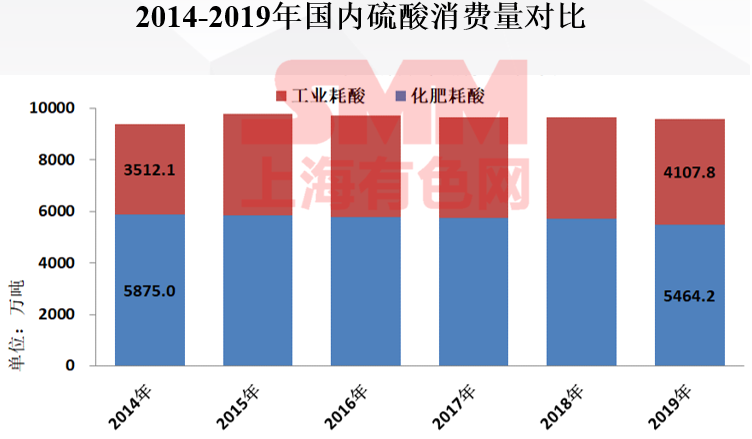 Most of the acids used in chemical fertilizer belong to those used in phosphate and compound fertilizer.

Among the industrial acids, the largest acid consumption is titanium dioxide by sulfuric acid process, accounting for 27.9% of the total industrial acid.

Followed by hydrofluoric acid, feed calcium, caprolactam, viscose fiber and so on.

Serious overcapacity and weak downstream demand are the main reasons for the price decline. 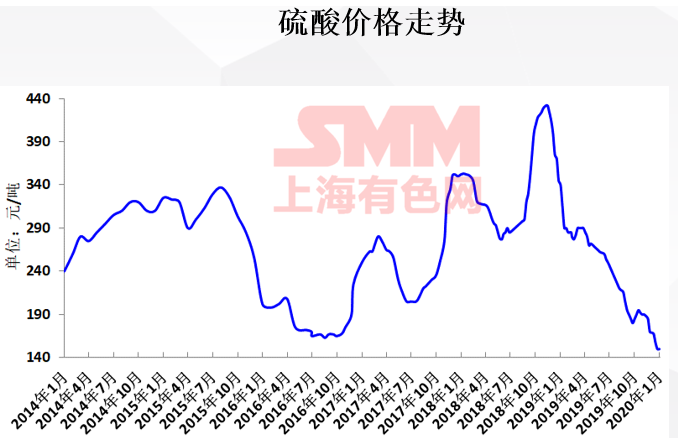 Import and export of sulfuric acid

According to customs statistics, China's sulphuric acid imports dropped sharply in 2019, and import prices are basically stable. Imports of sulfuric acid for the whole year totaled 531000 tons, down 44.3 percent from the same period last year; excluding high-priced acids, the average import price was 42.90 US dollars per ton, up 5.1 per cent from the same period last year. 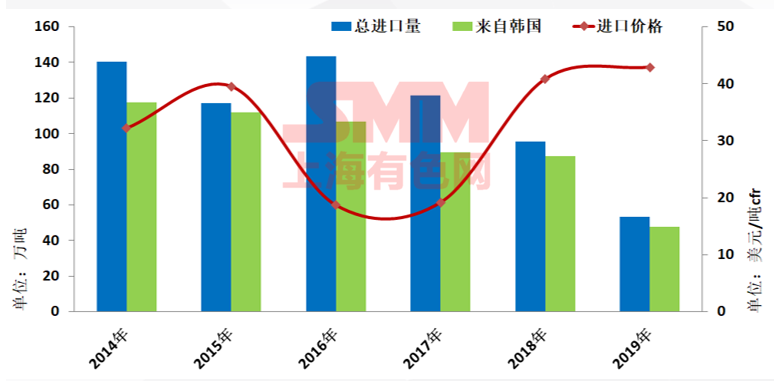 Where is the import of sulfuric acid? 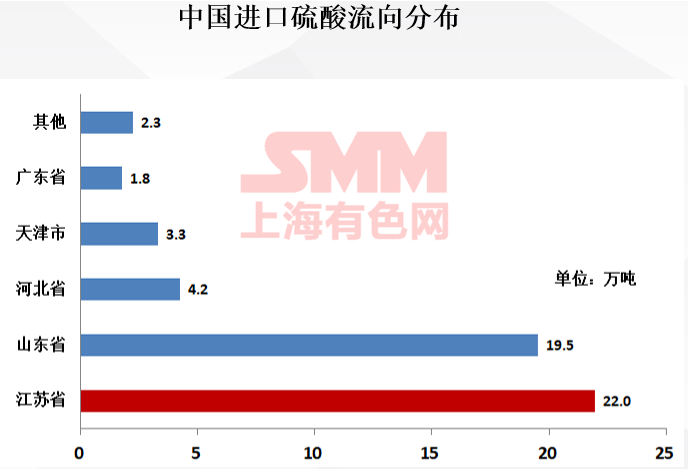 China's sulphuric acid exports continued to enlarge in 2019. According to customs statistics, China's total exports of sulfuric acid in 2019 totaled 2.175 million tons, up 69.8 percent from the same period last year, and continued to reach a record high again; the average export price was 46.2US dollars per ton, down 7.2 per cent from the same period last year.

Where is the exit?

Source of sulphuric acid for export

Prospect of import and export of sulfuric acid

Import: the amount of imported acid will continue to decline; imported acid is mainly in South Korea, except in special cases, Japanese acid will not enter the Chinese market.

Analysis on the Development trend of sulfuric Acid Industry

The demand for acid for chemical fertilizer continues to decline, and the production of sulphuric acid from sulfur sulfonate is reduced.

Industrial acid consumption has increased slightly, and there are still new devices for lactam, viscose fiber and titanium dioxide.

With further growth in production capacity and near saturation of demand, the sulphuric acid market will become more and more difficult in the future.

In particular, the completion and commissioning of large-scale plants will inevitably lead to the imbalance between supply and demand of sulfuric acid in some areas and rebalance.

The sulphuric acid market determines the operating rate of smelting.

Smelting enterprises must pay attention to the market of by-product sulfuric acid.

The problem of the way out of sulfuric acid should be fully considered in the site selection of new projects.

Focus on attracting and cultivating surrounding acid enterprises to form a symbiotic relationship;

Attach importance to the construction of basic logistics capacity and constantly enhance the capacity of water transport and railway transport;

Copper smelting is an industry with full international competition, which constantly taps its potential to reduce processing costs and improve the recovery rate of precious metals.

Recognize the seriousness of the sulfuric acid market and be prepared to subsidize freight in the short term or even in the long term.

It is necessary to have a full understanding of the by-product sulfuric acid in coal chemical industry, refinery, coking plant, carbon sulfide and other industries.

Inner Mongolia to Commence 800,000-tpy Lead-Zinc Ore Processing Project in 2017
Dongshengmiao Mining Co. will start up its 800,000-tpy lead-zinc ore and 500,000-tpy iron pyrite processing project in 2017, according to chinadevelopment.com.