SMM7 March 15: the non-ferrous metals market generally fell in the morning, Shanghai zinc fell more than 1%, Shanghai aluminum and Shanghai lead fell more than 0.7%. There was a big correction in the stock market in the morning, capital sentiment tightened, and production of many kinds of metals fell. Shanghai copper rose 0.11%, domestic and foreign monetary liquidity remained abundant, economic data of major economies showed a marginal improvement, the macro level is still conducive to the further rise of copper prices. The outbreak in Latin America continues and news of a copper strike in Chile continues. On Tuesday, the Centinela copper union of Chile's Antofagasta voted to strike in Chile. It is reported that Centinela2019 produces 277000 tons of copper a year. With the help of both macro and fundamentals, copper prices are expected to continue to rise. Shanghai nickel shock fell 0.24%. According to customs data, China's exports of stainless steel coil to the European Union in 2019 accounted for about 10% of the total exports in 2019, accounting for about 16% of the export volume. In the first quarter, due to the influence of the epidemic, China's stainless steel market was greatly affected, but since the second quarter, demand and production have been strongly improved and recovered, but foreign markets have been affected to varying degrees, and customs data show that stainless steel exports declined slightly from April to May after the concentrated release of orders in March, and it is expected that stainless steel exports will still weaken to a certain extent in the later period.

The black iron ore fell 0.24%, the thread dropped 0.08%, and the hot coil rose 0.4%. According to an exclusive survey by SMM, as of July 14, the operating rate of 34 independent electric arc furnace steel mills was 74%, up 0.76% from the same period last week. On the one hand, the pressure on the factory warehouse has eased slightly, and production has resumed one after another, leading to a slight pick-up in the operating rate this week. On the other hand, the profits of most steel mills have not improved significantly, so they still maintain a low operating rate. Hot rolls, according to SMM steel research statistics, this week, the mainstream market resources are expected to arrive 183000 tons, an increase of 32000 tons over last week, supply-side pressure increased compared to the previous period.

Crude oil rose 0.75% in the previous period. Us crude oil inventories may fall last week, but distillate stocks are likely to increase, according to a survey released on Tuesday. The average estimate of 10 analysts shows that US crude oil inventories may fall by 2.1 million barrels in the week to July 10. According to a previous report released by the US Energy Information Administration (EIA), US crude oil unexpectedly increased by 5.7 million barrels in the week ended July 3, while analysts expected a decline of 3.1 million barrels. EIA's weekly inventory report will be released at 22:30 on Wednesday in Beijing. 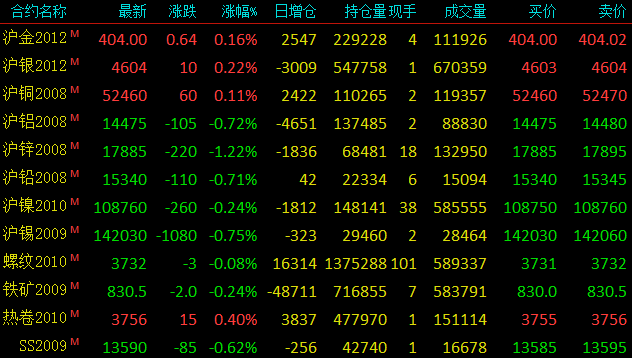