CST
translation
Source:SMM
[global epidemic tracking] GDP fell 1.8% in the first quarter of the OECD * US institutions predict that the number of new crown deaths in Brazil will exceed 120000 * the British prime minister has visual impairment after infection * the Chicago options Exchange plans to reopen the Chicago trading floor * the ECB may increase the size of the anti-epidemic emergency bond purchase program by 500 billion euros * Japan provides 140 trillion yen support for companies * Nokia shuts down South India. Ministry of factories * some shopping malls in Colombia are allowed to resume business on a trial basis * New Zealand expects GDP to decline by nearly 10% this year * Turkey will resume high-speed rail operation from May 28th.

[GDP fell 1.8 per cent in the first quarter of the OECD after the financial crisis] preliminary economic data from the Organization for Economic Cooperation and Development in the first quarter of 2020 showed that due to the impact of the new crown pneumonia epidemic, the sum of real (GDP) of OECD member countries fell 1.8 per cent in that quarter, the worst decline since the global financial crisis in 2008.

[Chicago options Exchange plans to reopen the Chicago Board of Trade on June 8] the Chicago options Exchange (CBOE) will reopen its trading floor in Chicago on June 8. The exchange will resume trading in an adjusted manner. The layout of the trading floor will be adjusted to maintain social distance and capacity limits. In addition, facial shields are required, and the exchange says it will have a health check at the entrance to the building. About 50 per cent of participants on the trading floor are expected to return on June 8, CBOE said.

[British Prime Minister's eyesight is impaired after infection: I wear glasses for the first time in years] on May 25, British Prime Minister Boris Johnson revealed that his eyesight had deteriorated after being infected with the new crown virus and needed to wear glasses for the first time in years. However, WHO has not listed impaired vision as one of the symptoms of infection with the new crown virus. On March 27th, Johnson announced that he was infected with the virus and was taken to the ICU ward because of his serious condition. His father, Stanley Johnson, once said that his son almost sacrificed himself for the collective.

With the inflation outlook substantially weakening and the EU's fiscal deficit increasing, HSBC expects the ECB to announce an expansion of 500 billion euros in (PEPP) at its policy meeting on June 4, and may announce refinancing when bonds mature. The ECB is unlikely to cut interest rates further. Fabio Balboni, senior economist at HSBC, said the minutes of the ECB meeting in March showed that there were still concerns about the negative impact of further negative interest rate cuts, and some members of the ECB board believed that asset purchases were a more effective option to stabilize risk-free interest rates.

The latest situation of the global epidemic: 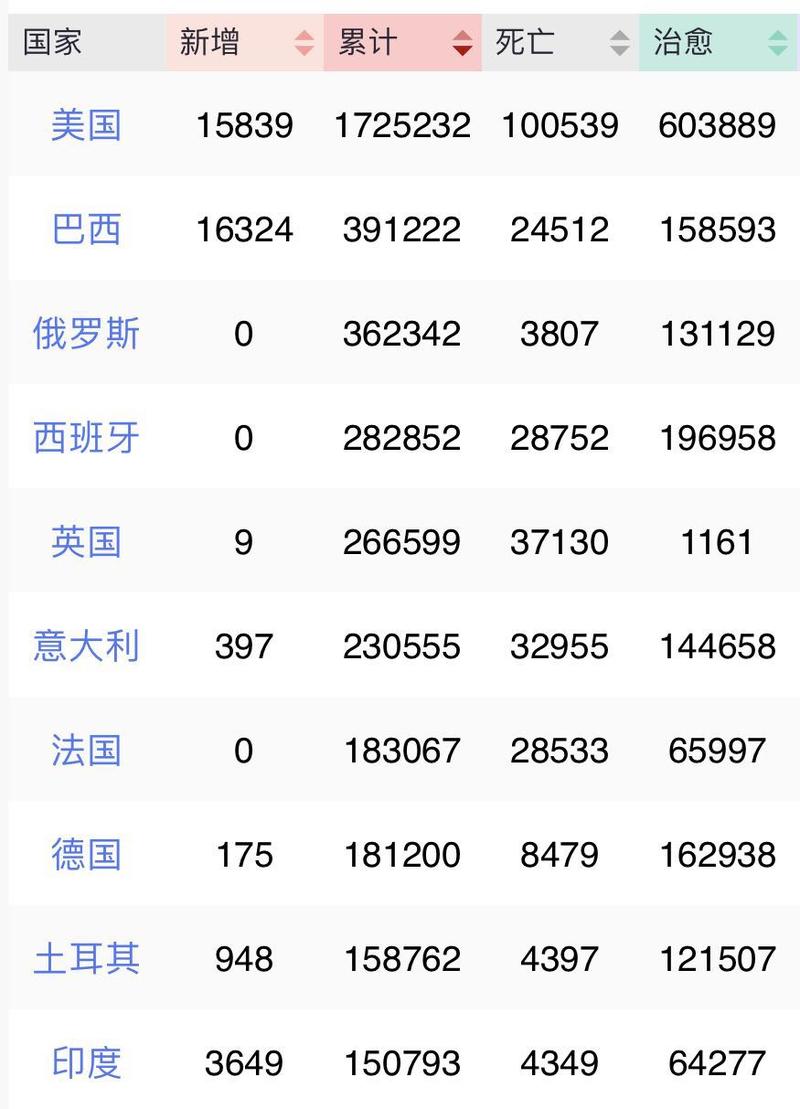 National Health Commission: from 0 to 24:00 on May 26, 31 provinces (autonomous regions, municipalities directly under the Central Government) and Xinjiang production and Construction Corps reported 1 new confirmed case, an imported case from abroad (in Shanghai), no new death, and 1 new suspected case. It's an imported case from abroad (in Fujian).

Trump said the governor of North Carolina is needed to make a quick decision to restart the economy.

House Speaker Nancy Pelosi: Republicans will "come" after the next epidemic aid, hoping to fund more student loans in the next aid program.

New York Governor Cuomo: the government will now focus on reopening New York City, the only state that is still under blockade.

It will provide 140 trillion yen in financial support for enterprises.

Brazilian Deputy Minister of economy: the possibility of extending any emergency measures cannot be ruled out, but fiscal capacity must always be closely monitored.

Brazilian Minister of Health: the curve of confirmed cases of new crown pneumonia is still growing.

The Fed of New Zealand expects GDP to fall by nearly 10 per cent this year, the biggest drop in at least 160 years. The bank said rising unemployment would put financial pressure on some families, which could be exacerbated by falling house prices.

British Health Secretary Hancock: Britain will impose a blockade in areas where the epidemic has rebounded in the future.

Central Bank of the Philippines: the economy will gradually show a U-shaped recovery.

South African President Ramafosa: South Africa will allow religious activities from June 1, but must be limited to 50 people.

[Turkey resumes high-speed rail operation from May 28] on May 26 local time, Turkish Minister of Transport and Infrastructure Adil Karaismelo said that high-speed rail suspended due to the epidemic will partially resume operation on May 28. Earlier this month, Turkish President Recep Tayyip Erdogan announced that he would gradually relax restrictions and return to normal life from May to July. On May 11, Turkey gradually opened shopping malls, barber shops, beauty salons and so on. In May, the number of Turkish provinces that imposed travel bans also fell from 31 to 15.

[Fed of New Zealand warns banks' ability to absorb the impact of the epidemic is not unlimited] the New Zealand Fed has warned that the new crown virus pandemic poses great challenges to domestic financial institutions, which could be under pressure from corporate failures and loan defaults. In its semi-annual financial stability report released on Wednesday, the Federal Reserve of New Zealand said that although the financial system was in good shape at the time of the outbreak, but "the ability to absorb shocks is not unlimited" and that "if the decline in economic activity is more severe or lasts longer than expected, then bank capital may be under pressure."

Central Bank of Canada Governor Borroz: if fiscal policy is not adopted, extreme situations may occur.

Negative interest rates are needed only in extreme cases.

Europe imposes duties on Chinese Hot-rolled Coil, Heavy Plates
In order to control competition for EU producers including ArcelorMittal and ThyssenKrupp AG, the European Union has imposed a tariff of 73.7 percent on two type of steel from China.

CST
data analysis
Europe imposes duties on Chinese Hot-rolled Coil, Heavy Plates
In order to control competition for EU producers including ArcelorMittal and ThyssenKrupp AG, the European Union has imposed a tariff of 73.7 percent on two type of steel from China.