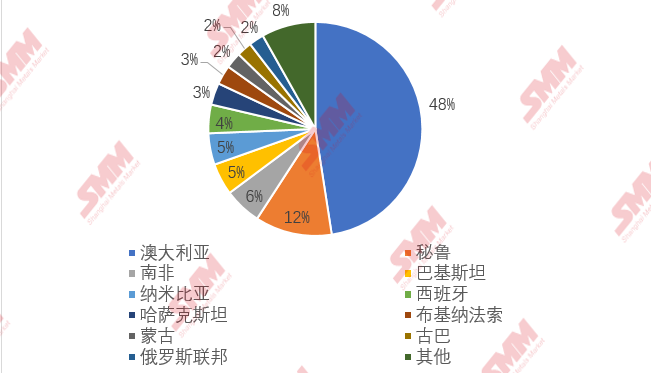 First, the country with the main increase in the contribution of zinc concentrate in April is Australia, which has a net increase of 120000 physical tons of zinc concentrate compared with March. Mainly due to the impact of the epidemic, overseas consumers gradually shut down, the export of Australian zinc concentrate to other countries was blocked, and most of the zinc concentrate was exported to China, recording a surge. In addition, Peru and Namibia also contributed a small increase, which was generally affected by the decline in overseas demand.

In May, with the reduction of domestic processing fees and the rebound of performance prices, the shipping willingness of most mines has warmed up, and the problem of tight supply of zinc concentrate in the market has gradually alleviated, but due to the impact of the overseas epidemic, mining shutdowns and port closures in Peru, Spain and other countries are expected to affect the imported zinc concentrate volume from May to July. Taken together, SMM expects imports of zinc concentrate to fall back to around 300000 physical tons in May.