CST
translation
Source:SMM
Recently, the purchase of iron lithium for the rapid construction of 5G base stations has increased, but the price of iron lithium is gradually declining. From the perspective of the power market, the installed capacity of lithium iron phosphate batteries from January to April 2020 was 2.26GWH, down 48.7% from the same period last year. Mainly affected by the epidemic, the number of passenger cars and passenger cars has declined seriously compared with the same period last year, and passenger cars may improve in the second half of the year. The new demand for iron-lithium batteries in the energy storage market will reach 8.64 GWH for the whole year, but due to overcapacity, the price of iron-lithium battery packs has been declining, from 1.20 yuan / Wh to 0.67 yuan / Wh.

SMM5 March 21: recently, the rapid construction of 5G base stations has become one of the hot topics in the domestic market, driving lithium iron phosphate batteries to become a new focus of the market. By the end of April, the number of 5G base stations in China had reached 240000, reaching 1/2 of the annual target. Various battery factories have also competed for bids. Recently, AVIC Lithium Power, Lishen, Nandu Power and other battery companies have won the bid for the lithium iron phosphate project of the three major operators, and the purchase of lithium iron has increased. However, in recent months, the production of iron and lithium has increased with the demand of the energy storage market, but the price is gradually falling, what is the reason?

From the perspective of the power market, the installed capacity of lithium iron phosphate batteries from January to April 2020 was 2.26GWH, down 48.7% from the same period last year. In terms of vehicle models, except for the increase in the installed capacity of special-purpose vehicles in January this year, other models have declined significantly compared with the same period last year. Affected by the epidemic this year, the loading of passenger cars and passenger cars has declined seriously compared with the same period last year, and the increment of special-purpose vehicles is also difficult to make up for, so the demand for iron-lithium power market has dropped sharply this year, and most iron-lithium material factories have turned to the energy storage market. Although BYD and Ningde Times have promoted "blade battery" and "CTP technology" this year, the actual demand for iron lithium batteries for passenger cars has not increased. In the second half of the year, BYD "Han" will begin to deliver lithium iron phosphate batteries to Tesla in the Ningde era or in July, and the market demand for lithium iron batteries will increase slightly compared with last year.

Back to the energy storage market, according to the data predicted by the Ministry of Industry and Information Technology, the number of 5G base stations of the three major operators in China is expected to exceed 600000 by the end of the year, realizing continuous outdoor coverage in prefecture-level cities, key coverage in counties and towns, and indoor coverage in key scenes. The 800000 base stations disclosed by Huawei represent a significant increase compared with the data previously indicated by the Ministry of Industry and Information Technology.

In the market, most iron-lithium enterprises compete for energy storage orders, and the price of iron-lithium battery pack has been falling all the way, from 1.2 yuan / Wh to 0.67 yuan / Wh,. The price of iron-lithium materials has also dropped from 40, 000 yuan / ton to 30, 000 yuan / ton or less. Low-cost iron lithium will reduce costs in every way, and its performance-to-price ratio is not as good as it used to be. At present, the market is not healthy competition, coupled with the power market has not improved, iron and lithium prices may continue to be under pressure. 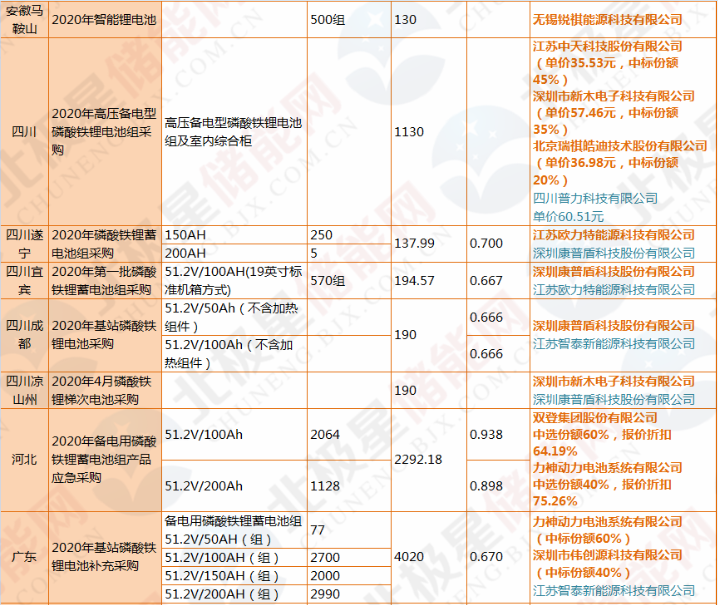