SMM5 14: at noon, the non-ferrous plate rose and fell mutually, Shanghai copper Shanghai nickel rebounded upward. Outside the mine, in early May, the Peruvian government announced a decree to gradually restore the economy, allowing mining units with a daily output of more than 5000 tons to resume after adapting to the health agreement issued by the new government. Some of the local mines will gradually recover and are expected to continue until the end of June. However, in the case of Peruvian miners followed by SMM, not many miners meet this condition, and the short-term supply impact is limited. The operating rate of copper pipe enterprises in the lower reaches of copper was 84.42% in April, down 7.37 percentage points from a year earlier and up 8.7 percentage points from the previous month. In April, copper tube enterprises basically resumed normal production, and the operating rate of large and medium-sized factories was nearly 90%, thus driving up the overall level of the industry. "on May 14, Shanghai, tin, Guangdong, Henan and other major consumption places continued to strongly go to the warehouse, SMM statistics domestic electrolytic aluminum social inventory weekly decline of 114000 tons to 1.058 million tons. In addition, the profit of aluminum ingot has an increasing trend, and the smelter has begun to put new production into production, and the supply side has put pressure on the upward price of aluminum in the short term. However, the impact of downstream hoarding has led to the substantial removal of inventories, and the consumption of aluminum terminals also remains to be seen. "look at the details."

Black iron ore rose 0.86%, hot rolls rose 0.51%, and threads fell 0.06%. The stage of iron ore overseas shipments is lower, Australia and Brazil short-term shipments decline, the current furnace charge supply is tight, and demand remains strong, so black is still rebounding, but we need to pay attention to whether we can break through the medium-term pressure level. Short-term strong domestic demand stimulus policy and the rapid recovery of real estate infrastructure, so that the apparent consumption of building materials reached and exceeded the level of the same period last year, is now the peak season of steel consumption, is expected to continue to perform at a high level in the near future. In addition, in order to ensure air quality during the two sessions, more intensive and stringent production restrictions may be introduced in Beijing, Tianjin, Hebei and the surrounding areas.

Crude oil fell 3.17% in the previous period. International oil prices rose on Thursday, boosted by an unexpected drop in US crude oil stocks, but oil price gains were limited on fears that a potential second wave of outbreaks could trigger a new blockade and another blow to fuel demand. Us crude oil stocks have risen sharply since mid-January as the outbreak has led to a decline in global fuel demand. Us crude oil stocks fell unexpectedly last week, including in Cushing, Oklahoma, for the first time since the new crown outbreak led to a drop in US fuel demand. In addition, the Organization of Petroleum Exporting countries (OPEC) and its oil allies, including Russia, agreed in April to cut production by 9.7 million barrels a day in May and June. Saudi Arabia also said it would cut production by an additional 1 million barrels a day from June. 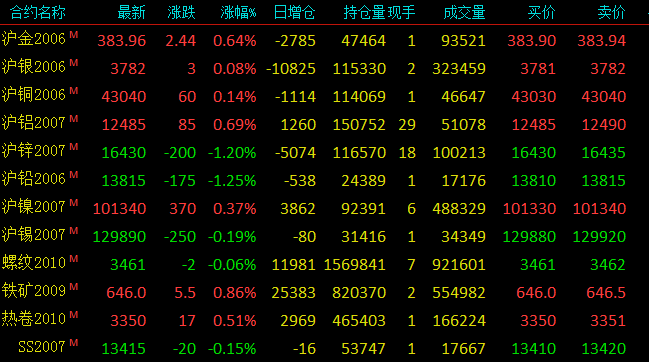