As of this week, overseas outbreaks have not been effectively controlled, and the number of new infections per day continues to be at a high level. Although some European and American countries have begun to restart their economies, there are also countries that have extended the blockade (which is highly related to zinc: Peru, a major mineral country, extended its state of emergency to May 24), and the overseas situation is still hardly optimistic. 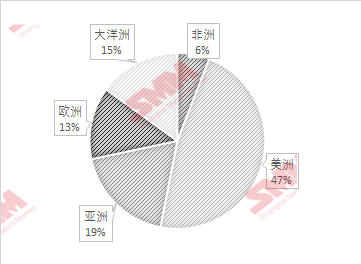 With the exception of China, 47% of zinc concentrates are supplied by the Americas, represented by Peru, the fourth United States, sixth Mexico and eighth Canada, which ranks second in global zinc production. 19% of Asia is mainly contributed by India, while India basically realizes the integration of mining and smelting, with exports mainly reflected in zinc ingots and small quantities. Australia, Oceania is the third largest zinc producer in the world. Under the raging overseas epidemic, there are announcements in Mexico, Peru, Australia and other places that zinc concentrate production has been disturbed, and the current announcement will resume production is relatively limited, but the side evidence that in the later stage, smelters that rely on imported zinc ore supplies may also have an impact, and SMM will continue to follow up on this. 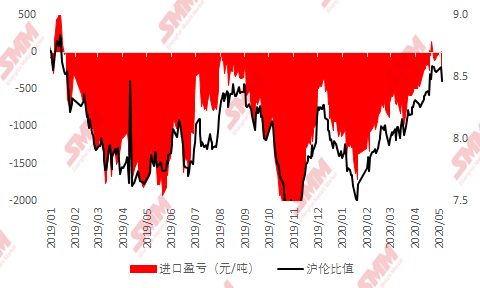 At one point this week, the import profit window opened and then closed again, as many countries considered restarting their economies, which means that overseas consumption falling to the freezing point is beginning to show signs of breaking the ice, and foreign trade lying on the ground at home is also expected to rise, which is good for zinc. The story of the supply side has the power of consumption, both inside and outside. As far as the depth of the impact is concerned, at present, the social inventory of zinc 7 in China is 237000 tons, and that of the bonded area is still 65500 tons, which is above the safety warning line, while the LME zinc inventory is only 100000 tons, which is still at a low level. If the overseas supply side story is further fermented, the room for zinc replenishment is higher, and the internal and external price comparison will be repaired under pressure. However, if there can be a strong domestic zinc consumption to follow up, then zinc is expected to be stronger, internal and external prices are expected to maintain the current high.

But at present, the domestic demand for imported zinc is not high.