CST
translation
Source:SMM
According to customs data, China's export of aluminum profiles and bars was 73900 tons in March 2020, down 14.74 percent from the same period last year. 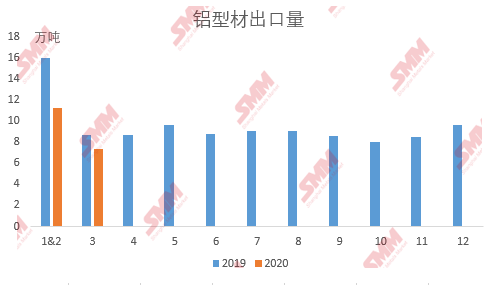 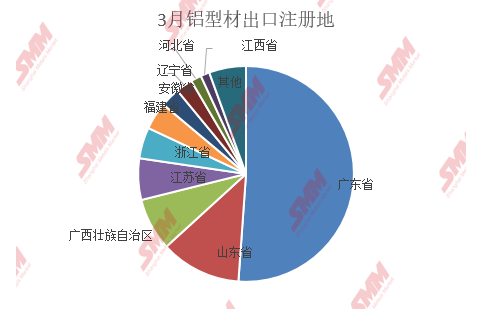 From a country-by-country point of view, in March 2020, China exported aluminum profiles and bars to 151 countries and regions, down from 180 countries in the previous two months, with a total of 35000 tons in the top 10 countries, of which 8500 tons were exported to Vietnam, accounting for 11.5% of the total. The number of other countries is less than half of Vietnam's, profile exporting countries are relatively diversified.

In March, the export of domestic aluminum profile enterprises decreased compared with the same period last year, and increased slightly compared with the previous month. Affected by the domestic epidemic, the export of some pre-festival orders has been delayed, but with the outbreak of the overseas epidemic, some pre-holiday orders have been cancelled or suspended by force majeure, and new export orders have also been reduced to varying degrees. In the first quarter, the total export of aluminum profiles was less than 200000 tons, down about 1/4 from the same period last year, and the downward pressure on exports in the second quarter was even greater. China's aluminum profile exports are expected to continue to decline in April.