CST
translation
Source:SMM
In March 2020, the export volume of electrolytic manganese and manganese products was about 47000 tons, an increase of 6.21% over the same period last year. 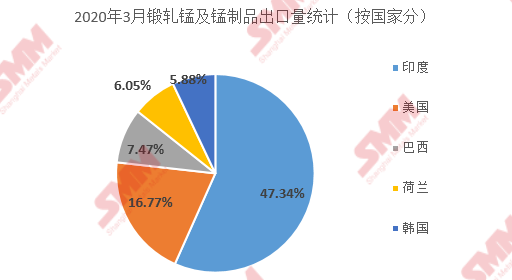 According to SMM, the export volume of electrolytic manganese and manganese products increased slightly in March compared with the same period last year, and the demand of overseas steel mills was affected seasonally. During the period of increasing export volume of manganese products from March to April in previous years, the performance of inquiry and demand release increased, but the epidemic spread in many overseas countries in the middle of March. The spread of the epidemic rapidly caused countries to take emergency isolation and other measures, which also directly affected the development and operation of various industries. Among them, by the end of April, some exporters said that although orders had increased in March, it was difficult to be optimistic about the export volume of metal manganese affected by the epidemic in April. although there was an inquiry, the overall transaction atmosphere was light, and some overseas businesses had even signed futures, but affected by the epidemic, port shipping was limited, financial pressure gradually increased, and had to cancel orders. Recently, the export volume of manganese metal is difficult to maintain a high level. 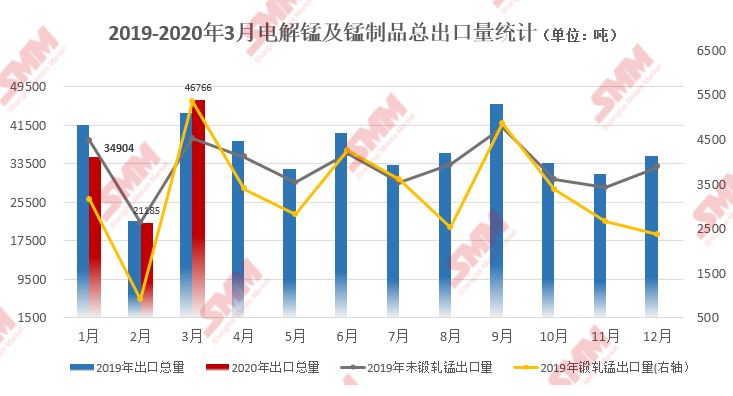